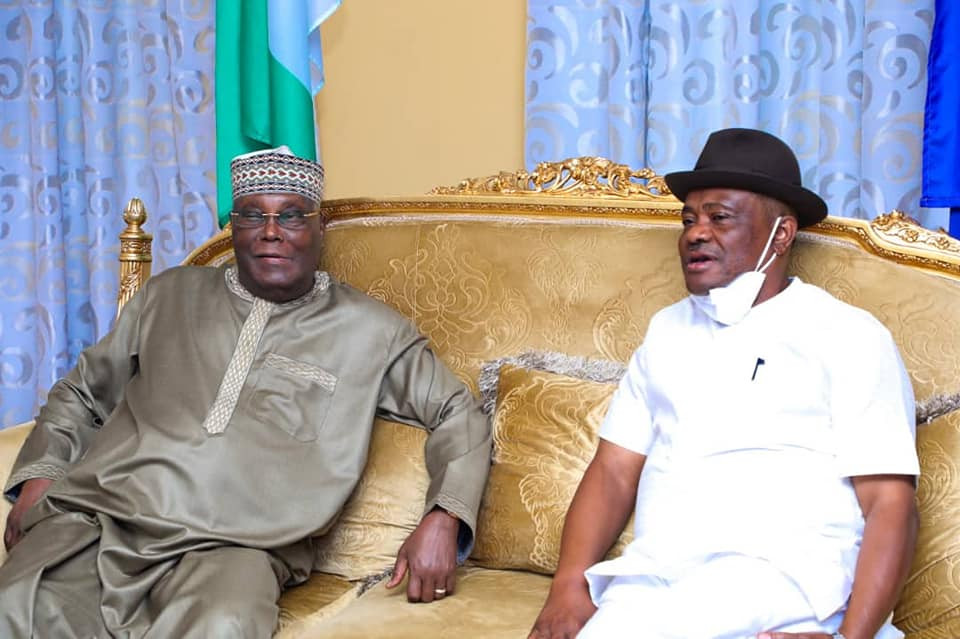 Recall that security operatives had sealed the Mega Tool Filling Station in Ojoto Street, Mile 2, in the Diobu axis of Port Harcourt. The station is owned by a member of the House of Representatives representing Port Harcourt Federal Constituency 2, Dr Chinyere Igwe.

Governor Wike made this known at the flag-off of the construction of internal roads in Omagwa, Ikwerre Local Government Area of the state, which was performed by former governor of Plateau State, Senator Jonah Jang on Saturday.

In a statement issued by the media aide to the governor, Kelvin Ebiri quoted Wike saying a filling station was sealed two days ago and he has ordered the security agencies to identify the owner and arrest him for prosecution.

“It doesn’t matter how highly placed that person is. Some of you should be used to teach a lesson.

“We cannot allow oil bunkering. We will reduce it to the barest minimum. So, I have ordered the security agencies to identify who owns that filling station that was sealed up two days ago and arrest the owner.

“Let him tell us why he is involved in oil bunkering.”

He also said that all those who have worked for his administration in the past but have now severed camp to consult with his enemies should be ready to face his camp’s wrath.

Wike said, “If anybody fights our system, we will fight the person back. The moment you claim to be working with us and tomorrow, you shift to our enemy, we will take every might we have, we will even leave our enemies and finish you first.”

Meanwhile, Igwe has accused Wike of political persecution over their political differences.

Igwe said, “It is political. We are allies of Austin Opara. And he (Wike) has said that he will fight everybody who is meeting with Atiku, and he has started manifesting it.

“We are all PDP. So, I don’t understand why we will become beneficiaries of this kind of humiliation and frustration. It is unfortunate.”

“That Wike is governor does not make him God. So we should not swallow hook, line, and sinker what Wike had said,” he said.

While performing the flag-off of the roads, Jang, noted the unprecedented infrastructural contributions of the governor. He claimed that Wike had changed the landscape of the state, but lamented the mismanagement of the nation’s economy.

Jang said, “At this point, in our nationhood, Nigeria is down with inflation that rates over 18 percent. Foreign reserves are dwindling by the day, and external debts are high.

“We have no infrastructure to show for it. No commensurate economic growth. But here we are, On the 20th day of August 2022, in the Peoples Democratic Party administration in River State, celebrating good governance in the twilight of his (Wike) this administration.”

He also urged the PDP presidential candidate, Atiku Abubakar, to close ranks with Wike’s formidable supporters to guarantee the electoral victory for the party in the 2023 general elections.

“I want to call on our presidential candidate, Atiku Abubakar, to close ranks with all members, particularly members of your (Wike) group of which I’m proudly one.

“Doing this will guarantee victory in the 2023 general elections.

“These men and women, as I have said, worked hard to build this party and they cannot just be wished away overnight. We need to come together, settle our differences by recognising that you need every one of us for you to win the general election,” he said.