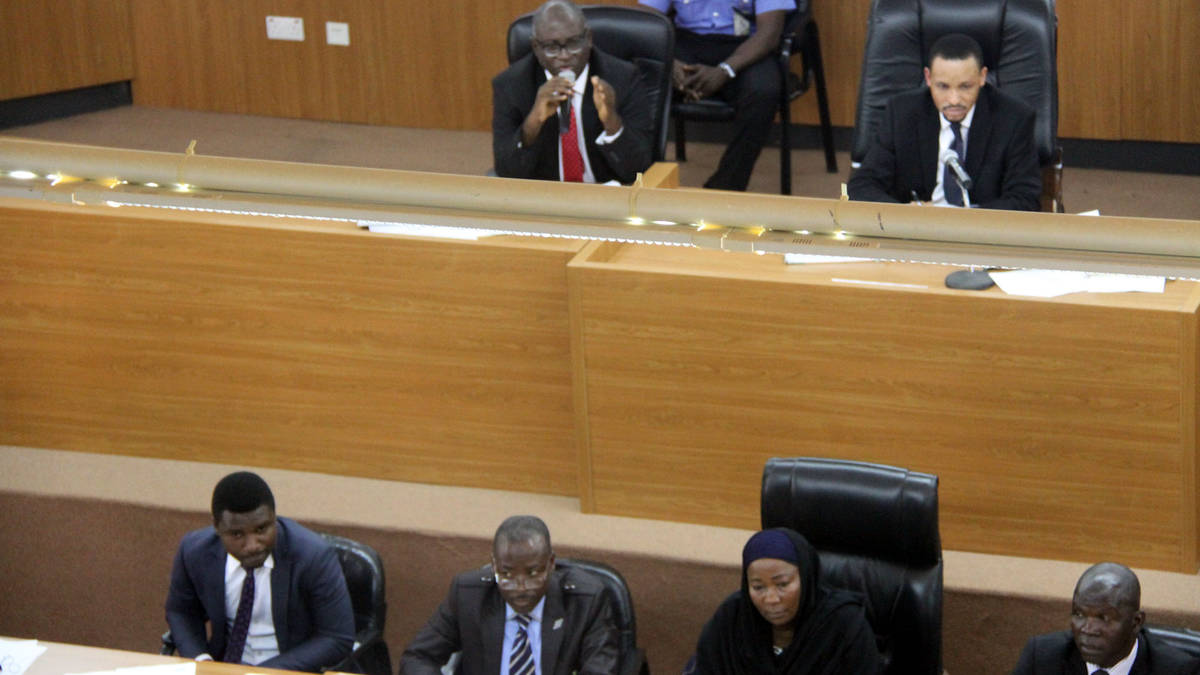 Some leading legal luminaries including former justices of the Supreme Court have advised Chairman of the Code of Conduct Tribunal, CCT, Mr. Danladi Umar, to withdraw from presiding the ongoing trial of Senate President Bukola Saraki over alleged false assets declaration to ensure fairness in the matter, Vanguard reports.

The legal giants, who picked holes in the Supreme Court judgement of February 5, 2016 giving the CCT jurisdiction in the Saraki trial, argued that the CCT is not a court of law under our Constitution and cannot be invested with criminal or quasi-criminal jurisdiction.

The advice was part of the communiqué of the Conference on ‘The Code of Conduct enshrined in the Constitution of Nigeria and its crucial Importance in the fight against Corruption’ held in Lagos on March 24 by the Ben Nwabueze Centre, which was released, yesterday.

There was a mild drama at the CCT trial on Thursday as Danladi Umar, refused to hear the motion filed by Saraki’s counsel on the CCT chairman’s alleged bias. Umar dismissed the application asking him to disqualify himself from the case, saying “that motion as far as the tribunal is concerned is of no consequence; not worthy to be entertained and is hereby thrown away.”

However, the lawyers asked Umar to withdraw on account of the graft allegations against him and the way he has handled the trial so far. They said the following in the communique:

”It is not reasonably to be supposed or be expected that Mr. Danladi Umar can be impartial or unbiased in adjudicating the case between the Federal Republic of Nigeria (FRN) against Saraki. There can be no greater mockery of the whole notion of impartiality in any adjudicatory system than that Umar, with the threat of prosecution and removal from office for alleged corruption by the FRN hanging over his head, should have been allowed to adjudicate as presiding judge in the circumstances of this case.

”Bias on the part of Umar seems to be clearly manifest in all the circumstances surrounding the case. The manner in which the trial was being conducted by Umar manifests also a certain overzealousness that suggests at least a real likelihood of bias on the part of Umar against Saraki or a lack of impartiality,” they said.

Acknowledging ”unchallengeability of the judgement of the Supreme Court” in the Saraki case delivered on February 5, 2016, they however said ”the Supreme Court decision on the issue of the jurisdiction of the CCT is inconsistent with the Constitution of the Federal Republic of Nigeria, 1999 (as amended).

”The Supreme Court was wrong in holding that the Constitution itself invests the Code of Conduct Tribunal (CCT) with a quasi-criminal jurisdiction. The Code is, in its essential character, merely a body of rules designed to regulate the civil, not criminal, behaviour of public officers, much in the fashion of the Civil Service Rules.

”The initiation of the criminal prosecution against Dr. Saraki before the CCT by a Deputy Director in the Federal Ministry of Justice at a time when there was no incumbent Attorney-General of the Federation (AGF) is invalid and incompetent in law.”

Also, they urged that Saraki be given a fair hearing before a Court of Law where there would not be any likelihood of bias.

They also said that there is need to ensure that decisions of the Apex Court, as a court of last resort, are consistent with each other, and, above all, with the supreme law of the land, the Constitution, as well as with laws validly enacted by the legislature.