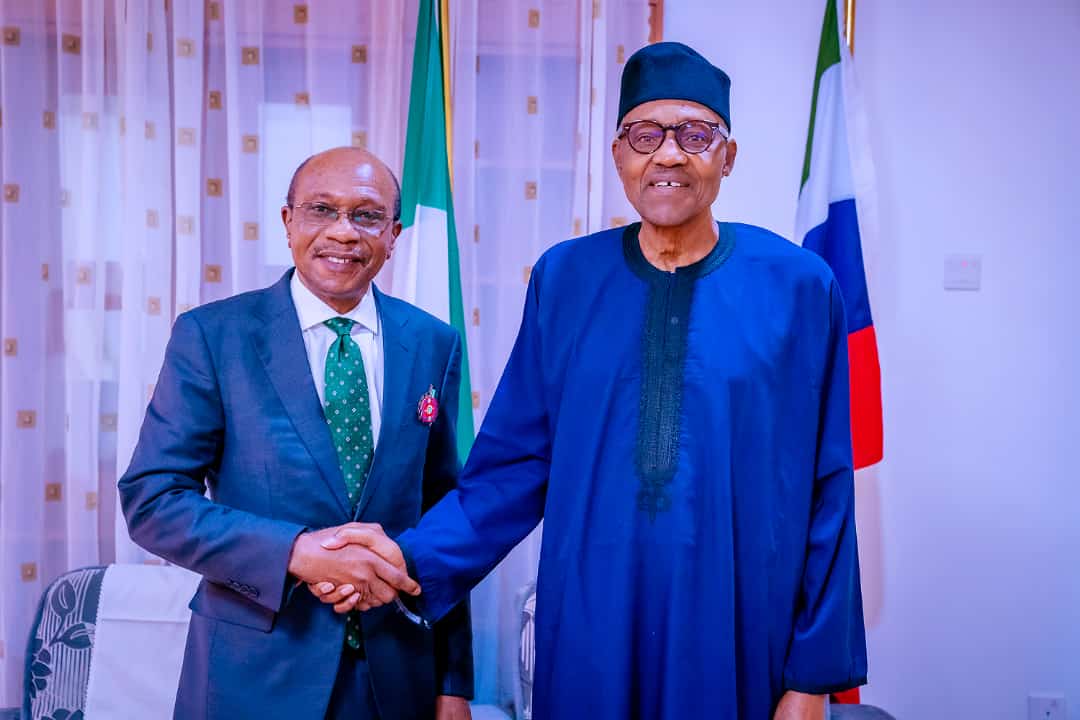 for the sack of the embattled Central Bank Governor, Godwin Emefiele, may have hit the brick wall as the President Muhammadu Buhari , welcomed back the CBN chief who recently returned to the country from his annual leave.

“You are welcome back. I am grateful that you are well received,” Buhari told Emefiele during a meeting at the State House on Thursday.

This is Emefiele’s first meeting with the President since he resumed duty on January 16.

Later on Thursday evening, the CBN chief returned for another meeting with the President but declined to comment on the issues discussed.

While observing the protocols before his remarks, Buhari said, “The Central Bank Governor, you are welcome back. I am grateful you are well received.”

Emefiele left the country last December following the investigation of several allegations against him, including corruption and terror financing.

Weeks earlier, the DSS had sought a court order to arrest him. But the request was rejected by the Federal High Court sitting in Abuja.

The DSS asked the court to order the arrest of the CBN governor over alleged “acts of financing terrorism, fraudulent activities and economic crimes of national security dimension.”

On October 20, 2022, Justice Inyang Ekwo sitting in the Federal High Court in Abuja summoned Emefiele over the $53m judgment debt arising from the Paris Club refund.

The court ordered him to appear on Wednesday, January 18, 2023, as the hearing date.

However, Mr Emefiele filed an appeal against the FHC ruling saying that Justice Ekwo erred in law and occasioned a miscarriage of justice when he made an order compelling his attendance in court for the $53 million debt.

Wednesday’s proceedings could not go on as planned when the matter was called, making the court adjourned the case till March 20, 2023.