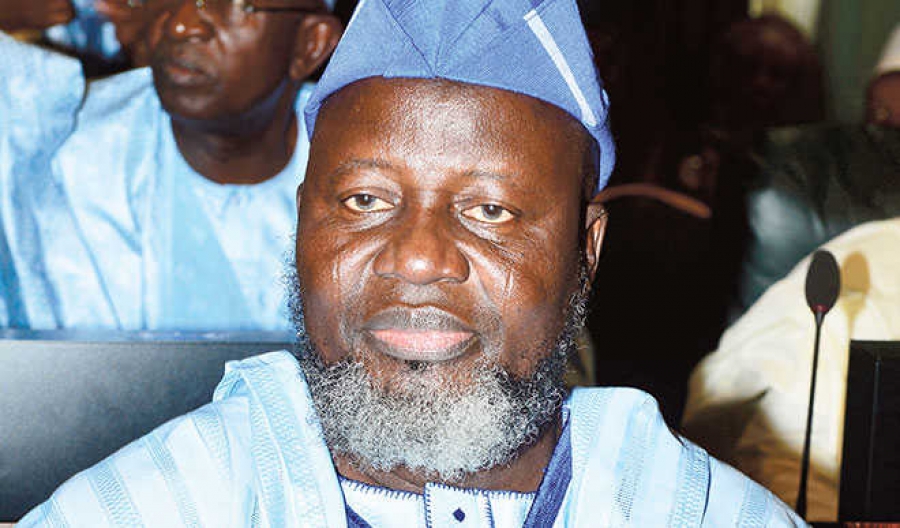 Despite a pending suit in court, the Federal Government yesterday insisted that mobile communication giant MTN must pay the N780 billion fine imposed on it by the Nigerian Communications Commission (NCC) latest tomorrow.

The government has also engaged a five-man team of Senior Advocates to defend the sanction in court.

The Ministry of Communications made the clarifications against the backdrop of fears of whether or not the government will stay action on the imposition of the fine.

A top official said: “The fact that MTN has gone to court does not amount to a stay of the fine. We have not got any order restraining the Federal Government from collecting the fine.

“An application before a court does not amount to the nullification of the sanction or a stay of action.”

The Special Assistant to the Minister of Communications, Victor Oluwadamilare, who spoke exclusively with our correspondent, said there was no going back on the deadline.

He said the government will enforce the fine by December 31st.

He said: “Sequel to the suit filed by MTN, a team of very senior eminent lawyers has been put together to defend the interest of the Federal Government. I have on good authority that the lawyers have filed an objection to the MTN suit on diverse grounds.

“The suit is however without prejudice to the powers of NCC to enforce the fine clamped on MTN in line with the relevant provisions of the NCC Act.

“If ex-President Goodluck Jonathan had tackled the hydra-headed corruption monster and crass inefficiency in all spheres of governance like President Muhammadu Buhari is presently doing, the MTN saga would not have happened, not to talk of MTN’s audacity to go to court over a clear case of gross misconduct of trading 5.2million lines illegally in clear contravention of NCC’s guidelines.

“It seems that the MTN is still under the illusion of the permissible era of the Jonathan’s administration where anything goes. President Buhari’s government remains a purposeful and result-driven administration that brooks no nonsense and will not tolerate underhand manoeuvres.

“The leadership of the Communication sector under Minister Adebayo Shittu, whose character and integrity are impregnable, has remained focussed to ensure things are done differently for the country to achieve unprecedented success as envisioned by President Buhari.

“This will serve as deterrent to other telecoms operators in Nigeria. Nigerians are tired of poor service, Nigerians deserve the best and we will stop at nothing to do that.”

The NCC explained how MTN committed infractions and its neglect of warnings.

It said: “The fine that was imposed on MTN was the second within two months after the operators were given a seven-day ultimatum to deactivate all unregistered and improperly registered Subscriber Identification Module (SIM) Cards. While others complied, MTN did not.

“On August 4, 2015, at a meeting of all the representatives of the Mobile Network Operators (MNO), with NCC, major security challenges through preregistered, unregistered and improperly registered SIM Cards topped the agenda after which Operators were given the ultimatum to deactivate such within seven days.

“On August 14, 2015, three days after the ultimatum expired, NCC carried out a network audit, while other Operators complied with the directive, to deactivate the improperly registered SIM Cards, MTN showed no sign of compliance at all.

“Please recall that four (4) Operators; MTN, Airtel, Globacom and Etisalat, were sanctioned in August for non compliance of the directive to deactivate the improperly registered SIM Cards. MTN got a fine of N102.2million, Globacom N7.4million, Etisalat N7million and Airtel N3.8million fine.  Others complied while MTN flouted the fine.

“Based on the report of the compliance Audit Team, an Enforcement Team which visited MTN from September 2 – 4, 2015 wherein MTN admitted that the Team confirmed that 5.2million improperly registered SIM Cards were still left active on their network; hence, a contravention of the regulations was established.

“Consistent with the Commission’s enforcement process, MTN was, by a letter dated October 5, 2015, given notice to state why it should not be sanctioned in line with the Regulations for failure to deactivate improperly registered SIM Cards that were found to be active at the time of enforcement team’s visit of September 15, 2015.

“On October 19, 2015, the Commission received and reviewed MTN’s response and found no convincing evidence why it should not be sanctioned for the established violations.

“Accordingly, by a letter dated October 20, 2015 the Commission conveyed appropriate sanctions to MTN in accordance with Regulations 20(1) of the Telephone Subscribers Registration Regulation 2011, to pay the Sum of N200,000.00 only for each of the 5.2million improperly registered SIM Cards.”

The statement  said all stakeholders in the industry were part of the registration of telephone subscribers in Nigeria.

“The above Regulations were developed with the full participation of all key industry stakeholders, including all Mobile Network Operators (MNO) in 2011.

“The Commission on its part has a statutory responsibility to monitor and enforce compliance to the rules. More so, when national security is at stake.”

The statement explained that National interest is paramount because when lives are lost they cannot be replaced.

“As a responsible Regulator, the NCC will not stand by and watch Rules and Regulations for Engagement being flouted by any Operator.

“The Commission has adopted a smart regulation in its oversight function in the industry, hence it has always weighed the implications of sanctions, that is why it had to place the appropriate sanction accordingly.”

The NCC statement further said that sanctions are the last resort after all overtures fail but this does not in any way undermine Industry Standards and the interest of Investors.