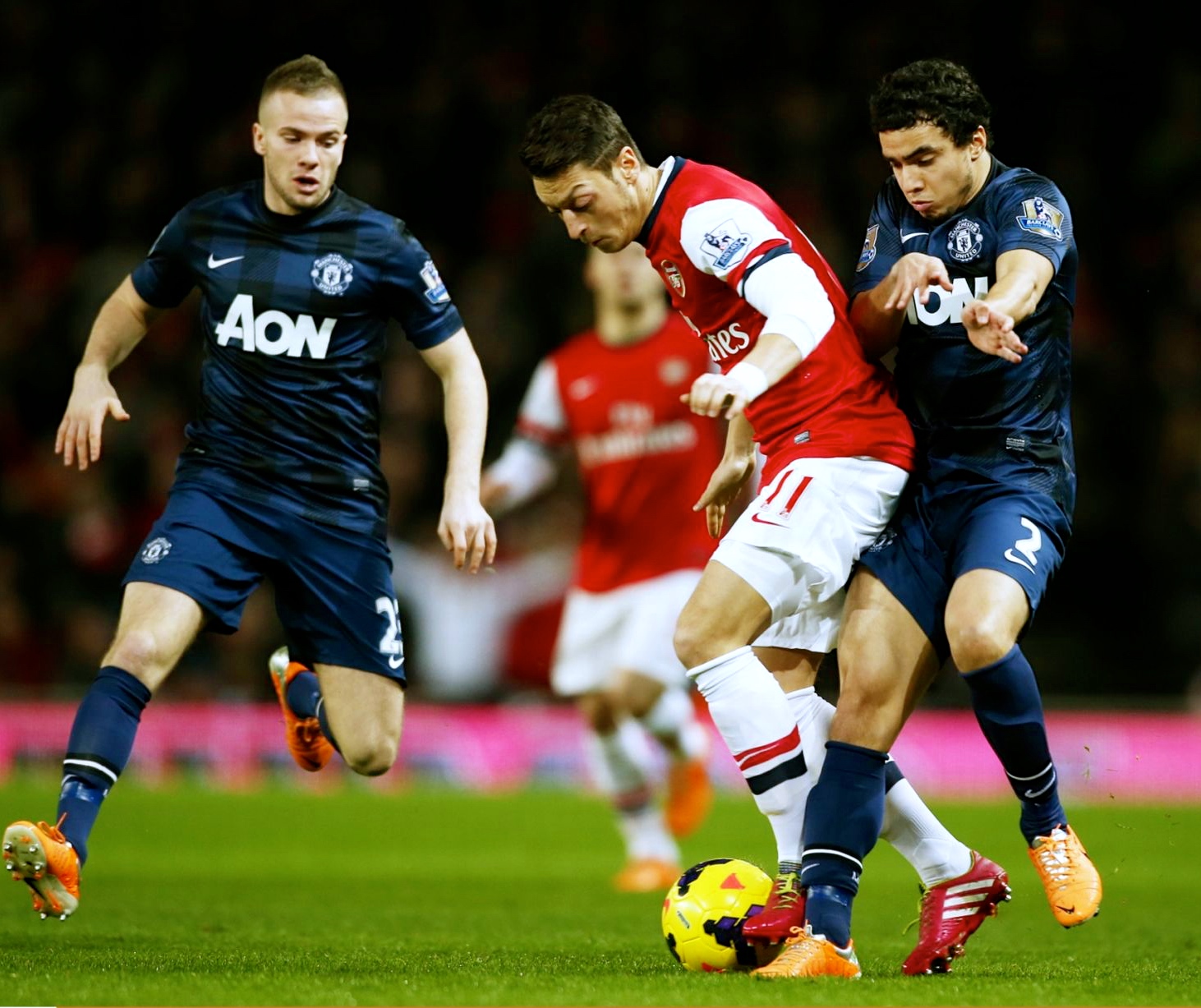 Arsenal bounced back from their midweek disappointment to record a 3-0 victory at home to Manchester United in the Premier League on Sunday.

Arsenal, facing intense criticism after Tuesday’s 3-2 home loss to Olympiakos, set out to answer their critics as they made a blistering start to the match.

They took a deserved lead on six minutes when Mesut Ozil but the ball back for Alexis Sanchez to produce a sublime flick into the net at the near post.

One minute later, it was 2-0, as Ozil rounded off a slick move, firing into the bottom corner from Theo Walcott’s assist.

They increased their advantage inside 20 minutes when Walcott sent a ball out wide to Sanchez, who cut inside before smashing a shot into the top corner.

Aaron Ramsey passed up a golden chance to make it four on 34 minutes when he missed the target with a sidefooted finish with only goalkeeper David De Gea to beat.

Anthony Martial had the chance to reduce the deficit just before the break, but Petr Cech — back in the team after being rested against Olympiakos — blocked his shot with his boot.

United continued to threaten in the second half, with Wayne Rooney seeing a decent low shot saved, but they were unable to find a way back into the game as Arsene Wenger’s men recorded a resounding victory.

Meanwhile, it was yet more disaster for Jose Mourinho and Chelsea this weekend as they collapsed to a 1-3 home defeat to Southampton, despite going a goal ahead through Willian after ten minutes. Sunday’s reversal made it a scarcely believable three defeats in five league games for the west Londoners, and Mourinho was straight on the offensive after the game, insisting he wouldn’t walk away from the beleaguered team.

In today’s game with Arsenal, United were shellshocked and looked overrun in midfield, having no answer for the Gunners’ superior touch and vision. No-one else was able to trouble the scorers, the game finished 3-0 and Arsenal are now in to shorter than 3/1 for the league title.