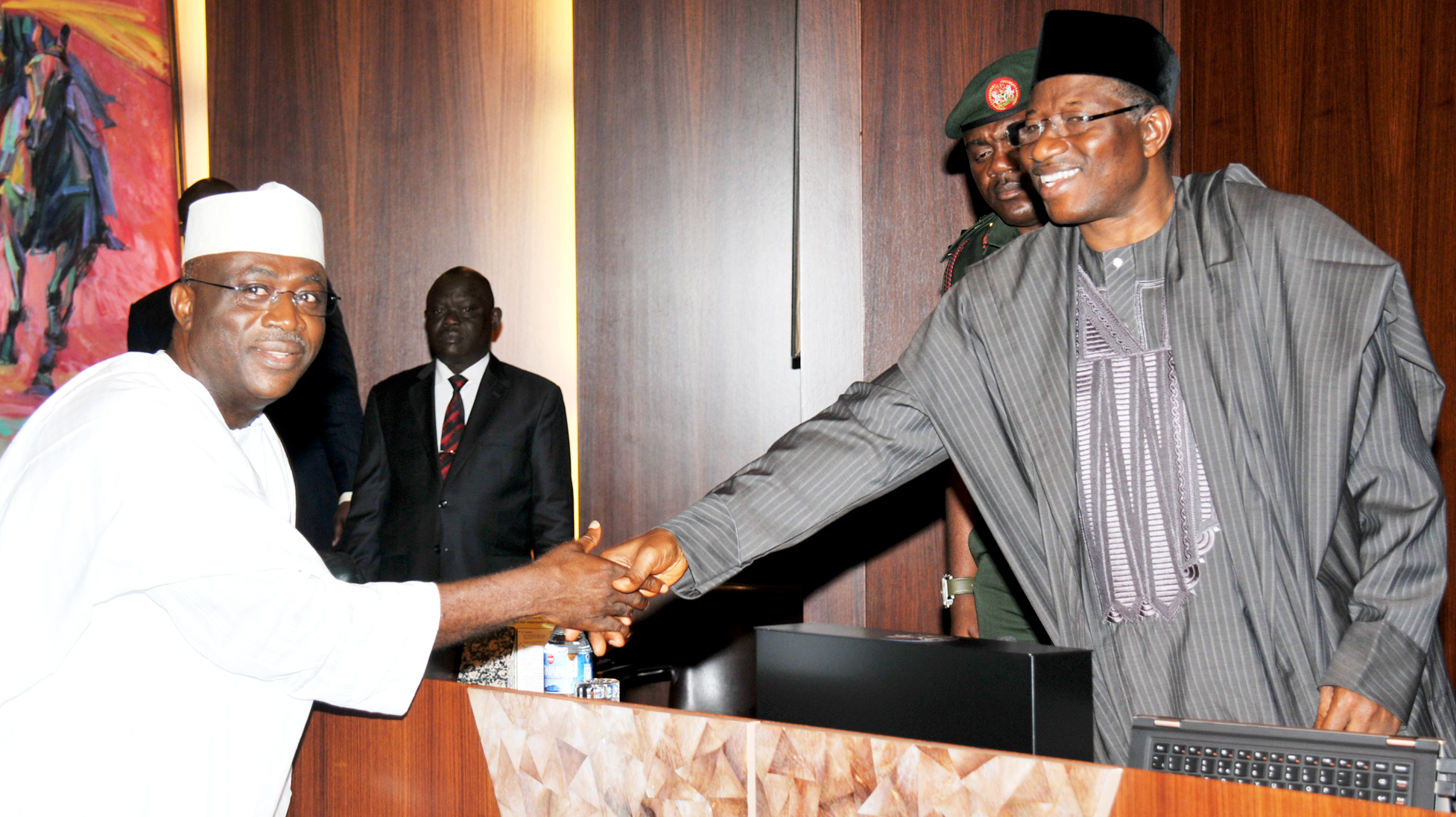 PIC.5. PRESIDENT GOODLUCK JONATHAN (R), CONGRATULATING MR DANLADI KIFASI, DURING HIS SWEARING-IN AS THE NEW HEAD OF CIVIL SERVICE OF THE FEDERATION IN ABUJA ON WEDNESDAY (20/8/14). 4062/20/8/2014/ICE/CH/AIN/NAN

President Mohammed Buhari has approved the removal of the Head of Civil Service of the Federation, Barrister Danladi Kifasi, who has been ordered to proceed on terminal leave to pave way for some geo-political balancing in the Federal appointments.

The change, which is yet to be made official by the Presidency as at time of this report on Tuesday, was aimed at enforcing the federal character principle as enshrined in Nigeria’s constitution.

Information revealed that President Buhari might be looking at the South-East zone to produce a possible replacement for Kifasi.

According to PRNigeria,  the Federal Government may soon announce a new Head of Civil Service of the Federation (HOS). The Deputy Director of Communications, Office of Head of Service of Federation, Mohammed Manga, upon enquiries. has however refused to comment on the matter.

Kifasi who hails from Taraba State is from the same North-East zone with the Secretary to the Government of the Federation (SGF), Babachir David Lawal who is from Adamawa State.