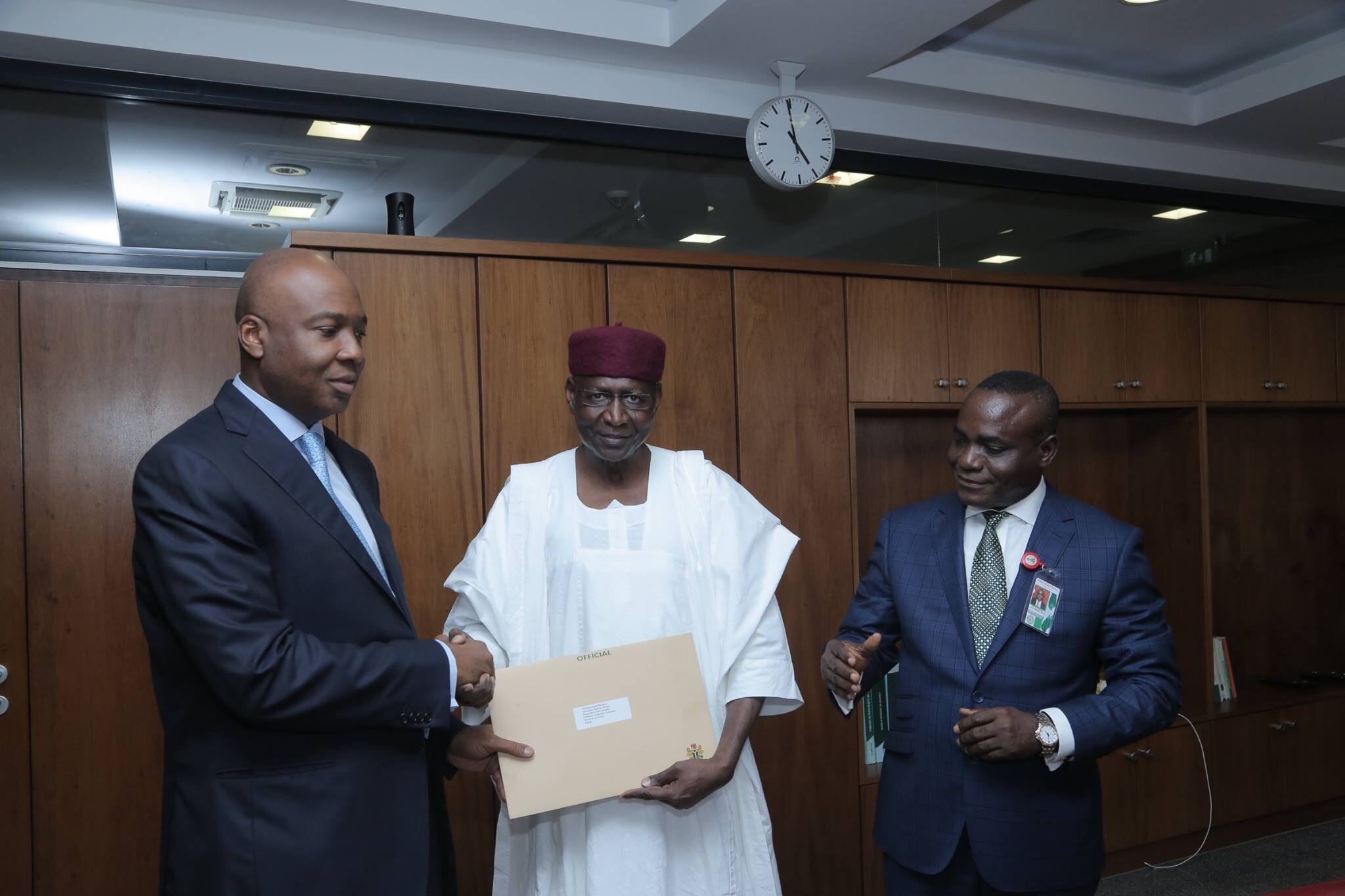 For four months, President Muhammadu Buhari was busy in his one-man conclave spinning an elaborate mystery about the character and quality of people he would nominate into his cabinet.

He stoked expectations, and speculations ran riot in the media and public spaces. The nation waited impatiently for him to unveil his saintly agents of change. What finally came out, for most Nigerians, did not reflect the “Change” that Buhari promised but a massive “Shortchange”. The president made a big mess of the simple act of eating an egg!

Looking at the names now on the table of the Senate President Bukola Saraki, it is obvious that Buhari could easily have formed his cabinet within a week of his swearing-in. His inner or “kitchen cabinet” is made up of “people he knows”, those who have worked for him over the years when he ran and lost presidential elections. Now is the time for them to reap their “rewards”. The outer cabinet (ministerial nominees) is made up of those who contributed in one form or the other to the victory of the All Progressives Congress (APC) and his own emergence as the president of Nigeria.

The search for ministers was not an act of altruism. It did not put aside political considerations to appoint men, women and youth of impeccable character to give Nigeria a fresh opportunity.

Being a recycled material, he merely went and recycled other materials, including many who played leading roles in what APC likes to call “sixteen years of rot and misrule” by the Peoples Democratic Party (PDP) as National Chairmen, Governors and what have you.

However, in bending to political necessity rather than altruism, Buhari actually did what our highly permissive constitution expects of him. The constitution says that for a person to be a minister he must be qualified to be a member of the House of Representatives. Since independent candidacy is not permitted, it means he or she MUST be a card-carrying member of a political party, especially the party that won the presidential election to govern for four years.

The constitution expects that these politicians coming into the president’s cabinet would go to the various ministries and help the president and the ruling party to implement their manifestos and campaign promises. Based on this, it would have been difficult for Buhari to sideline or sidestep some of the most derided nominees, such as Rotimi Amaechi, Babatunde Fashola, Kayode Fayemi, Chris Ngige, Audu Ogbeh and others.

Amaechi, we must remember, was the Director General of the APC Presidential Campaign. He was a mainstay of the Buhari campaign. He is the biggest factor of APC presence in the South-South, and he is paying for his efforts with the probe he is undergoing under the government of Governor Nyesom Wike, his successor.

Fashola, an estranged scion of the Bola Tinubu political clan, threw himself headlong into the Buhari campaign during which little else happened or mattered in Lagos. Buhari obviously noticed his untrammelled display of direct loyalty (as opposed to coming through Tinubu) and the two clicked at the personal level.

The same goes for Fayemi, a very likeable gentleman and intellectual resource person who, many had believed, could have been the Chief of Staff or Secretary to the Government of the Federation. However, when victory came, people like him were pushed to the background while northerners who were never heard of during the campaigns were brought to fill “97%” of the kitchen cabinet. I had predicted on this forum that this would happen under a President Buhari.

Chris Ngige is a sacrificial lamb of the APC in the South-East. A founding father of the PDP, Ngige was rigged into the office of governor of Anambra State in 2003 by his political godfathers, but when he refused to dance to their tune they humiliated him. He was eventually bundled out of power by the courts, but not before setting an enduring foundation for good governance in Anambra State.

Ngige who narrowly won election for the Action Congress of Nigeria (ACN) to the Senate in 2011 was flushed out in 2015 because his people believed he belonged to “the wrong party”. Besides, not much has been said of Ngige and corruption. He and grandpa Audu Ogbeh (Minister of Communications 38 years ago when the then Senate Leader and Bukola Saraki’s father, Dr. Olusola Saraki, participated in screening him) are among  the relatively clean politicians among Buhari’s nominees. Instructively, they were also ranking PDP top shots!

A bold political statement Buhari has made with this exercise is that he is methodically creating a new APC (both party and government) which will reflect his own image and likeness. The days of sitting with Asiwaju Bola Tinubu and sharing power along the CPC/ACN merger terms are over. Tinubu’s vision of power sharing with Buhari was that, at least, he would be allowed to nominate all Buhari’s manpower from the South West and maintain his hard-won political kingdom.

But Buhari ignored him and appointed Tinubu’s rebellious political godsons, Fashola and Fayemi. Tinubu was not even allowed to nominate the minister from Lagos! Sources close to the president disclosed that when Tinubu sent Chief Bisi Akande to find out why his nominees failed to make the list, the president reportedly told him that since he (Tinubu) had already produced Vice President Yemi Osinbajo, Majority Leader of the House of Reps, Femi Gbajabiamila and the nation’s chief taxman, Babatunde Fowler, there was a need to give “other tendencies in the South West” their own share.

Question: who are these “other tendencies in the South West”? The entire South West came into the platform that produced Buhari’s victory through Tinubu’s defunct ACN. Even Governors Abiola Ajimobi of Oyo and Adekunle Amosun of Ogun won their first term elections under Tinubu’s ACN. But Buhari chose to remember that Amosun once contested election under the defunct All Nigerian Peoples Party (ANPP) when he (Buhari) ran for president on its platform. Now, Fashola, Fayemi, and Amosun’s former finance commissioner, Kemi Adeosun, are treated as “other tendencies in the South West”!

The implication is obvious. Even if Buhari is not encouraging Tinubu’s disciples to be rebellious towards him, he is not discouraging them from bringing their loyalties directly to him. As ministers who are independent of Tinubu, Buhari can easily use them to bolster his hold on the APC in Yorubaland and eventually consign Tinubu to increasing political irrelevance.

The mergers that put Buhari in power will give way to a new APC created after the image and likeness of the president. APC will thusly cease to be what Lai Mohammed naively described as a party with “many leaders”. Our old question as to whether Buhari will share power with Tinubu will be comprehensively answered.

How will the political “partnership” between the North and South-West, which brought Buhari to power fare henceforth? Will the late Dr. Sam Goomsu Ikoku be proved right, once again? He once postulated thus: “a merger of unequals always results in the tyranny of the major partner: a master-servant relationship”.

Looking ahead, with the profile and character of politicians and individuals heading for Buhari’s cabinet, we are likely to see a lot of scandals. Politicians who funded the president’s campaign and got rewarded with ministerial posts will definitely want to recoup their “investments” and rearm for 2019. In fact, that some of these people with bold question-marks hanging on their heads are selected to be part of a government that purports to fight corruption is already a scandal of its own. Political expediency is already overshadowing Buhari’s avowed war against corruption.

Again we ask: is this Change? Or Shortchange?