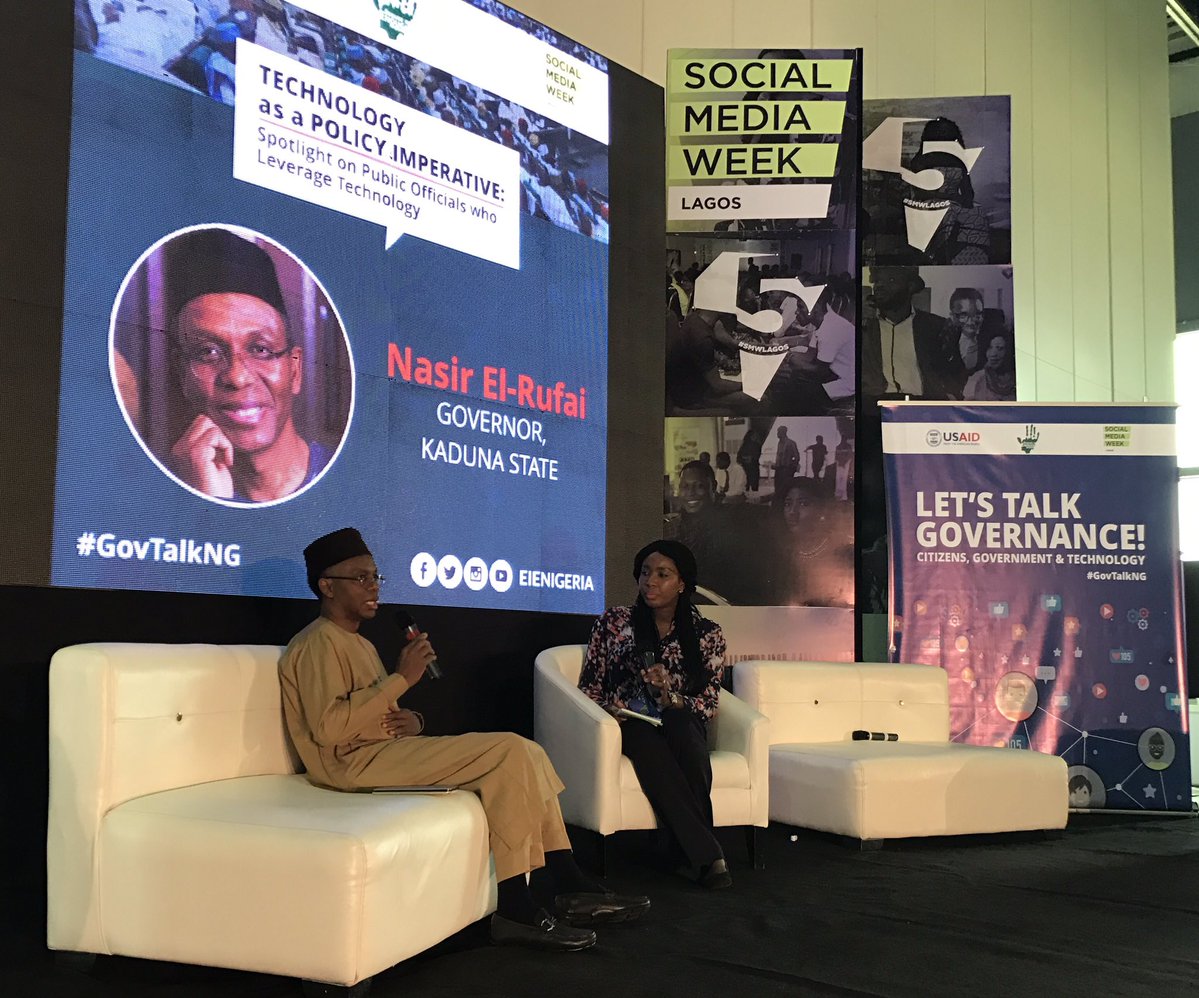 Enough is Enough, (EiE) Nigeria, a youth-driven civil society group has come under attacks in the Nigerian social media over the appearance of the Governor of Kaduna State, Mallam Nasir El-Rufai at the Social Media Week Lagos 2017.

El-Rufai while speaking at the event said Chocolate City boss, Audu Maikori, who was recently arrested by the police over a Facebook post alleging that some students of the Kaduna State College of Education had been killed by Fulani herdsmen in Southern Kaduna, will be prosecuted.

Although Maikori later apologised for the wrong information contained in the Facebook post, claiming that he was misled by his driver, who himself was an indigene of Southern Kaduna, the Police went ahead to arrest him on unclear charges of ‘incitement’.

According to El-Rufai, the music mogul who is often regarded as Nigeria’s equivalent of US Sean ‘Diddy’ Combs, will face the full brunt of the law for publishing “fake stories and pictures.”

“We are going to prosecute him. He was arrested. His statement has been taken. He is on bail. He is going to be prosecuted. His fate will be decided by a judge,” El-Rufai said.

Displeased with El-Rufai’s invitation to the Social Media Week Lagos, and a tweet by EiE Nigeria commending the governor for attending the event, some vocal social media users took to Twitter to castigate EiE Nigeria whom they accused of facilitating El-Rufai’s appearance at the event.

Many thanks to the @GovKaduna @elrufai for a wonderful session on Citizens, Government and Technology.#GovTalkNG pic.twitter.com/lUJgktmHfl

Some of the tweets are archived below:

Elrufai who arrested @Audu Maikori is now at Social Media Week. Are we ready to move forward in this country?

Someone that will arrest anyone that criticize him on social media is the same person @EiENigeria is trying to sell through Social media! ????

We Warned Nigerians that @EiENigeria is a fraudulent group being Sponsored by Elrufai. See how it played out at the @SMWLagos They are FAKE!

This is why we continue to warn against these dubious organizations; they exist to package tyranny at the expense of human lives; FILTH! https://t.co/4AxdaaBymz

Have you people no shame? Why didn’t you also thank him for the countless murders of Shiites and SK citizens? https://t.co/EPlioDiZ1K

Keep in mind that this new attempt to sell Elrufai was anchored by @EiENigeria at yday’s #smwlagos
Enough is obviously not enough ????

Many thanks to El Rufai and Obyezeks for giving Nigerians a partisan CSO https://t.co/KkYSB738qK

Lol.. Someone that should be in jail for his utterances and murder of unarmed Shias. You lot are despicable https://t.co/n9plRFAY8m

Have you people seen El-Rufai’s irresponsible posts on social media? Shame on you for inviting him. Shame.. shame… shame… Shame! https://t.co/qHayufg7kt