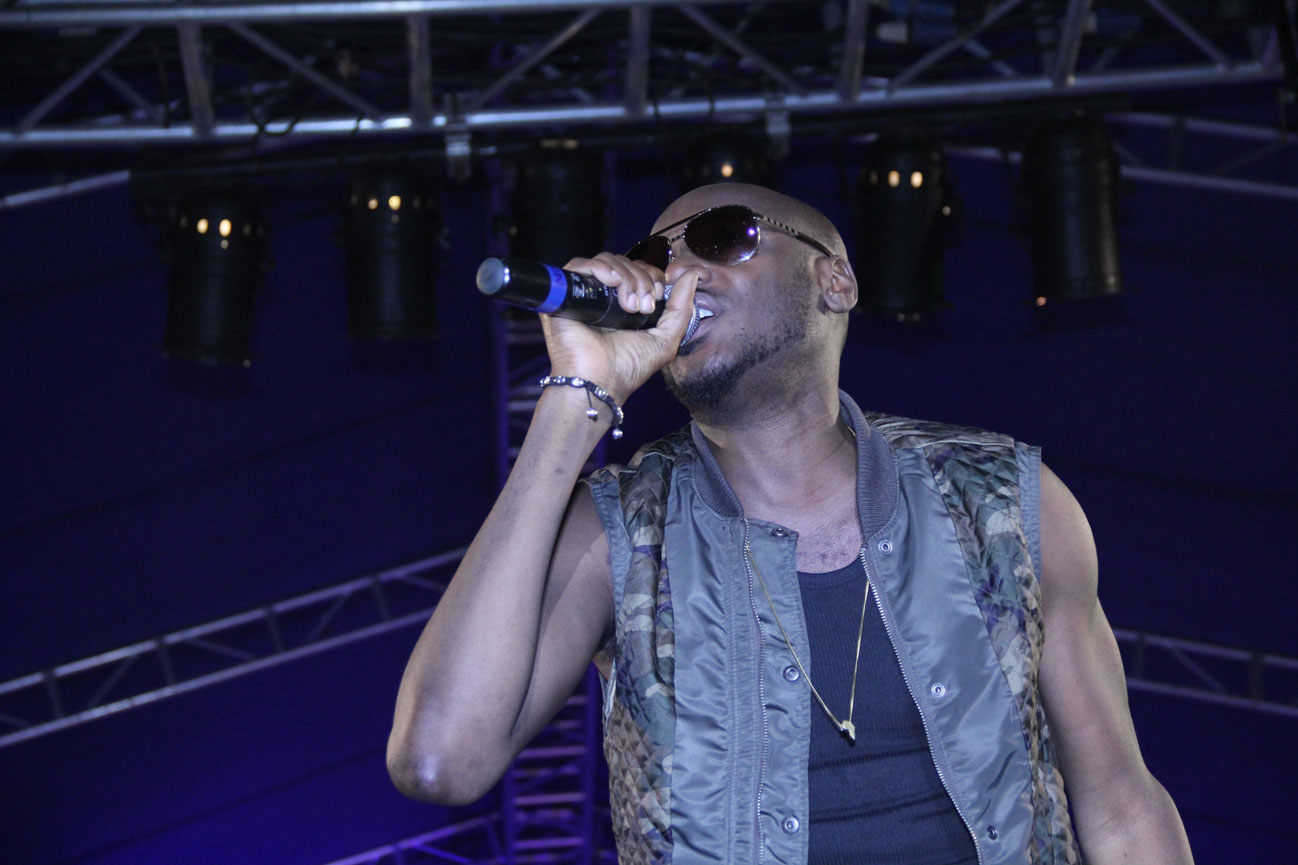 Nigerian pop artist Innocent Idibia, also known as Tuface, has called off the nationwide marches he organised to protest against the government’s handling of the economy.

Tuface cited security concerns for the cancellation though he initially insisted on going ahead with the marches scheduled for Lagos and Abuja in spite of repeated warnings from the Lagos State Police Command and Nigeria Police High Command.

“After due consultations, it has become clear that the One Voice Nigeria protest scheduled to hold in Lagos and Abuja on Monday the 6th of February is under serious threat of hijack by interests not aligned with our ideals,” he said in a video post on his Instagram page.

Public commentary on Nigerian social media say the whole essence of the protest was neutralized with the involvement of youth group – Enough is Enough (EiE) who hijacked the protest from Tuface.

I feel EiE is the major reason TuFace cancelled the protest. Those ones have their own agenda, better not be a part of it.

The popular narrative in the social media reflects that Tuface initially had an idea which was based on the economic hardships in the country and disapproval with the approach of the Buhari administration towards tackling the problems facing Nigerians. Millions of Nigerians keyed into the protest because of this objective until the involvement of EiE Nigeria.

TuFace had his agenda before EiE managed to convince him that it has a platform to reach the youth. Now the protest has been neutralised. https://t.co/CfEAitnAk9

To be clear,d #IStandWithNigeria protest is abt Buhari & his misgovernance. Ignore attempts by @EiENigeria to derail d protest’s objectives

Dear @official2baba , I stand with you and #IStandWithNigeria. But please be cautious of your association with @EiENigeria.

Dump GEJ in 2015 after contract to promote Buhari. Resign from EiE to execute contract. Use EiE against Buhari in 2017. #UStandWithYourBelly pic.twitter.com/7XCvni1TdW

The involvement of EiE Nigeria created much public disaffection with the protest further accentuated with the online attacks launched at leading opposition voice and Ekiti State governor Ayodele Fayose after he disclosed he was backing the protest.

It is funny how we say govt is anti-democratic for trying to stop protest and then some of us say a particular party cannot join protest.

@EiENigeria can you guys just fix another day for your own protest? Leave this one for us. Your sincerity is in doubt. Thnks @official2baba

Are you aware that the CSOs called out people? Why can’t Nigerians also hold them to account? @EiENigeria is derailing the protest. https://t.co/7AU8QhUg8Y

Further checks on the history of EiE Nigeria reveals that two of the founding board members of EiE Nigeria Adebola Williams and Chude Jideonwo were consultants who worked for the election of Muhammadu Buhari in 2015 through their company StateCraft Inc and only resigned from the board of EiE Nigeria shortly before the 2015 presidential elections. The involvement of EiE Nigeria thus fuelled a lot of suspicion about the protest being hijacked for an ulterior agenda.

Femi Kuti, a prominent musician and son of Africa’s music legend, Fela Anikilapo-Kuti described the planned protest as “fishy”, not because it was being organized by Tuface Idibia but the involvement of certain vested interests.

President Buhari is expected back in Nigeria Sunday after a long medical vacation abroad and the planned protest has also been seen in some quarters as a potentially embarrassing welcome for the President, creating stronger incentives for establishment forces to either derail or completely neutralize the protest working closely with their civil society collaborators.

Nigerian police spokesman, Jimoh Moshood, cited negative security implications of the protests for the reason the police advised Tuface and other groups not to proceed with their plans.

“The Nigeria Police Force is currently in possession of credible intelligence reports that other interest groups are equally planning to hold a counter protest/marches on the same days at the same places/cities as the Tuface group”, Moshood said in a statement on Friday.

“If these various planned protests/demonstrations are held as scheduled, there may be a breakdown of law and order, with attendant loss of lives and property”, the statement added.