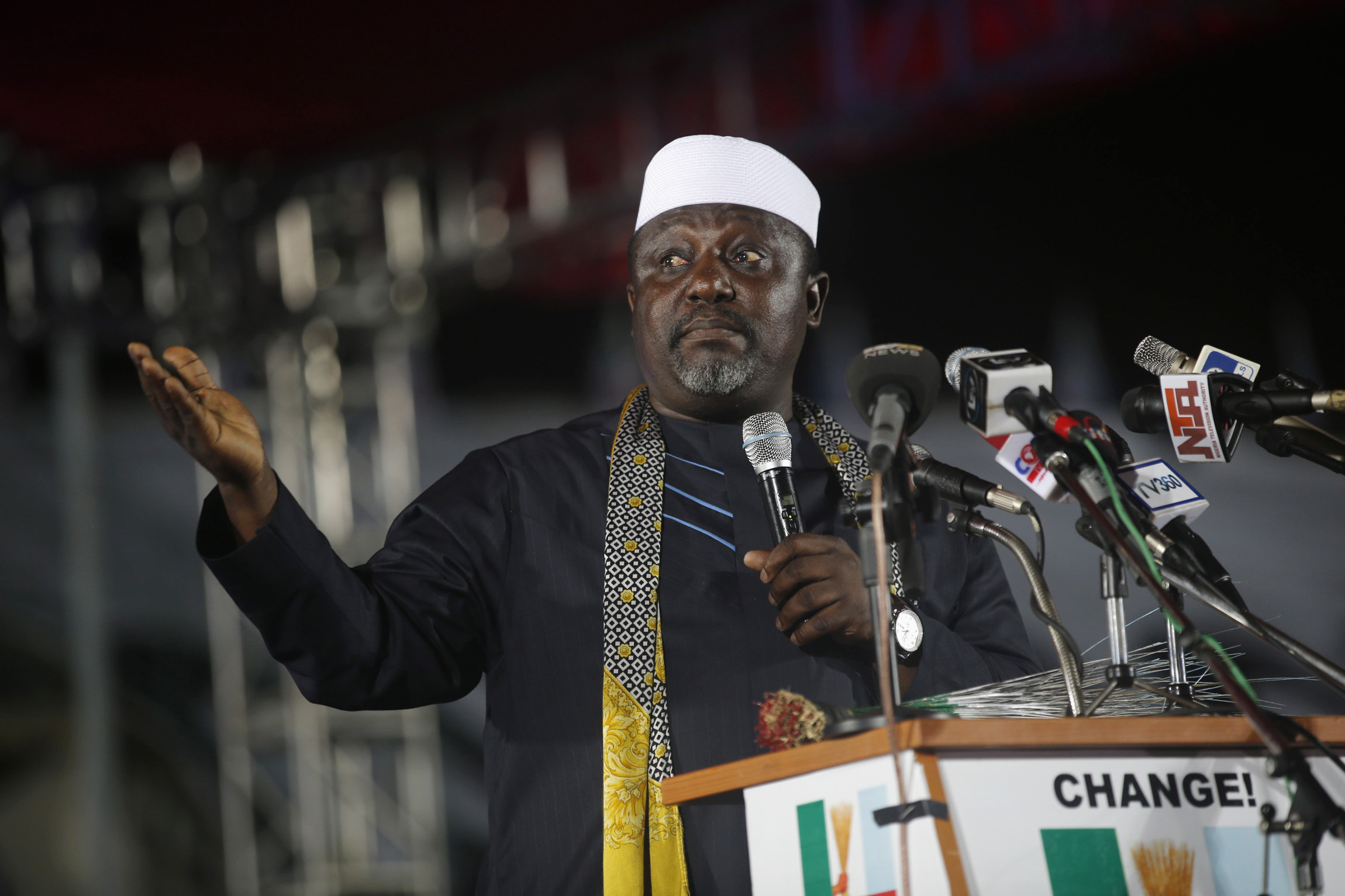 The Returning Officer for the Imo West senatorial election on Saturday, Prof Innocent Ibeawuchi,  has alleged  that he  was forced to declare Governor Rochas Okorocha the winner  of the poll by the  supporters of the All Progressives Congress candidate.

According to the result, Okorocha polled  97,762 votes to  win the election ahead  of the Peoples Democratic Party’s Mr Jones Onyereri (68,117) and All Progressive Grand Alliance’s Osita Izunaso (30,084).

Ibeawuchi claimed, while  addressing  reporters   after  announcing the result on  Monday in Owerri, that he was held hostage from 7pm on Sunday till 11am on Monday.

The don said  because  he  feared  for his life he had to announce the result which he claimed was inconclusive,  because of the electoral fraud  in eight LGAs.

He said he was rescued after he had announced the result by policemen and soldiers.

He said, “I was compelled to announce the result which was inconclusive. I am a man  of integrity and it is not true that the governor slapped me but  I was held hostage by agents working for him. I was manhandled and I thank God I came back alive.”

But Okorocha dismissed the allegations, insisting he deserved to win the election.

In a statement by his Chief Press Secretary, Sam Onwuemeodo, the governor described the  returning officer as “a bloody liar who may be acting a script”.

He said, “Having won  in nine out of the 12 local government areas announced, we heard that they were   trying to move the result sheets to Owerri but when we demanded an explanation, the man (Ibeawuchi) said he was  tired and didn’t feel safe, when nobody was threatening him. At the end, we discovered that  he didn’t have the declaration sheet. I wonder where this is taking us. I hope INEC would change this system because we will resist them if they try it in the next election.”

The governor added, “They should examine the returning officer to know his mental state. If he doesn’t  have a  mental illness, then he must be a criminal to ever think of that. How could someone ask you to change the result of an election he has already won? My score is above 90,000 and the nearest to me is slightly above half of it, when you combine both Jones and Izunaso’s votes. They can’t match or contest against me in Imo State not to talk of Orlu zone.

“I asked the  Resident Electoral Commissioner here to quickly correct these anomalies. The returning officer is a bloody liar who may be acting a script.”