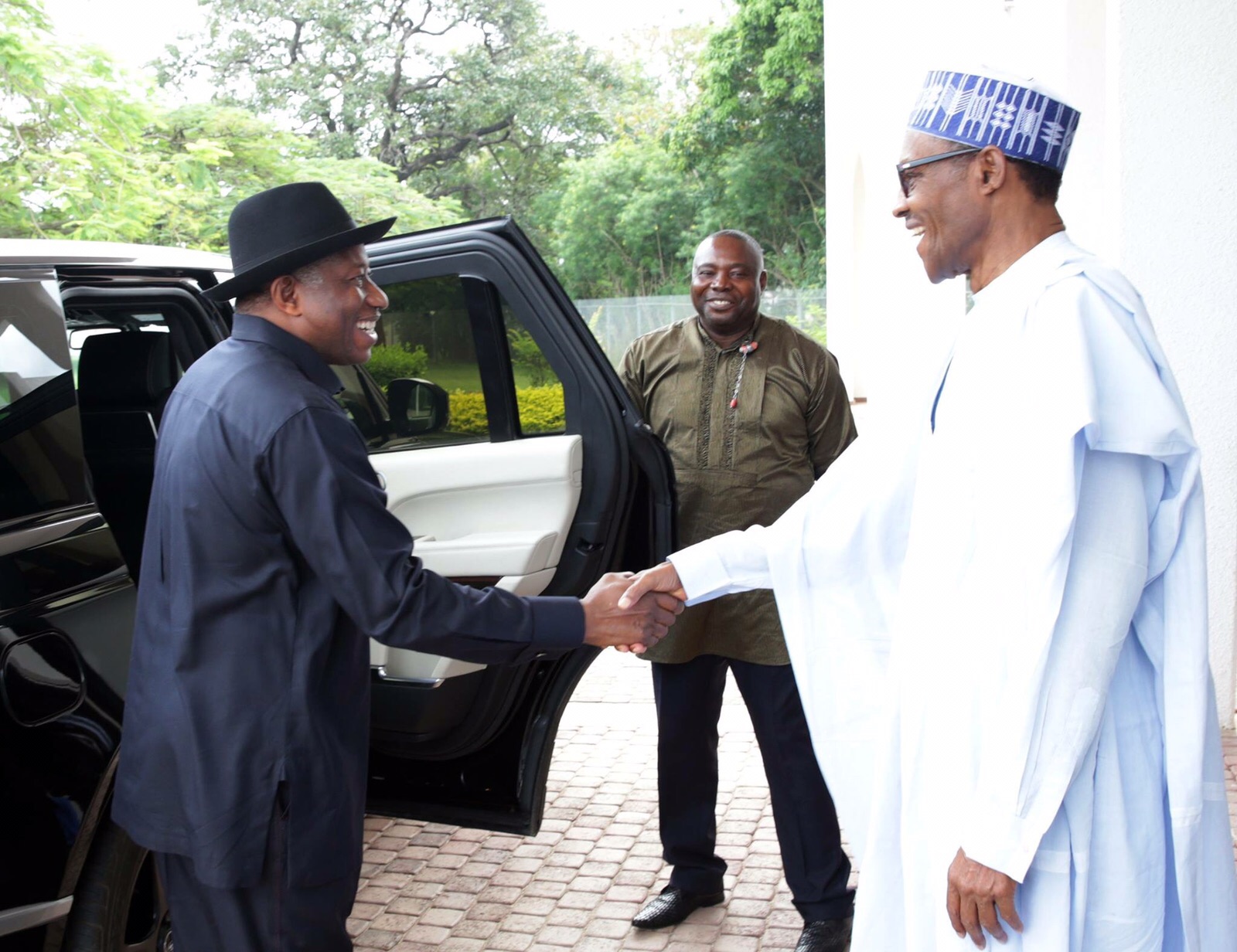 President Muhammadu Buhari on Sunday met behind closed door with his immediate predecessor, Dr Goodluck Jonathan officially for the first time since he took over power in May.

Although no official statement has been issued on what transpired at the meeting which lasted about five minutes, there are insinuation that the former president may have visited his successor to brief him on his latest international assignment in Tanzania.

The former president was mandated to lead the Commonwealth Election Observer Group to observe the conduct of the Tanzanian general election.

In this article:Goodluck Jonathan, Muhammadu Buhari