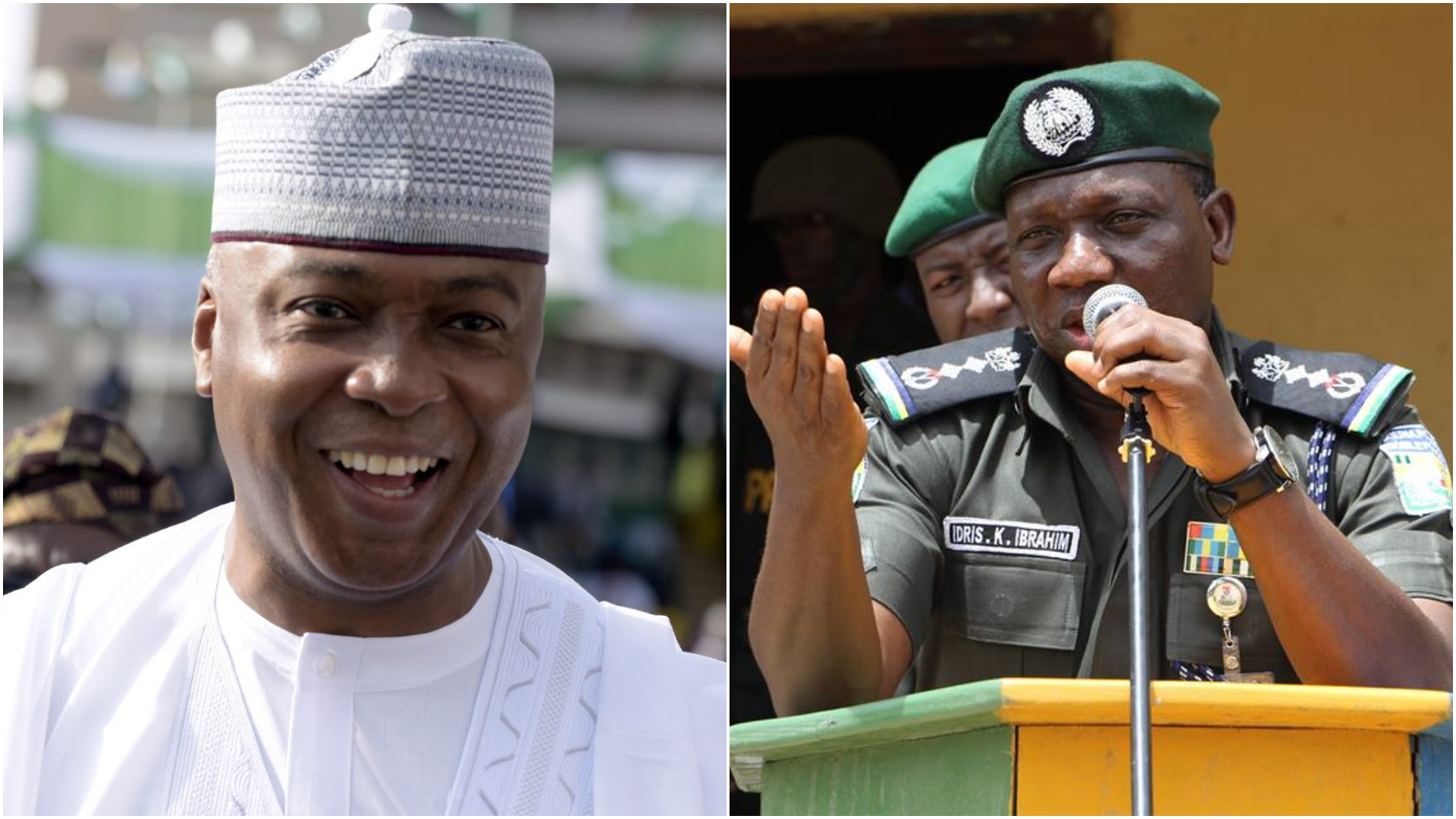 Ibrahim Idris The Inspector General of Police ( IGP ),has directed that court summons and other processes issued by a court in Abuja in relation to a criminal complaint brought against the Senate President, Bukola Saraki be served on him.

To this end, the IGP has detailed a unit within the Nigeria Police Force’s Legal Department, Force headquarters, Abuja to ensure the prompt delivery of the court processes on Saraki before the next date, October 3 this year.

A lawyer, E. S. Marcus, disclosed this development on Monday at the resumed proceedings in a criminal complaint made against Saraki by an Abuja-based lawyer and rights activist, Oluwatosin Ojaomo, in relation to the ongoing investigation by the police into the April 5, 2018 bank robbery incident in Offa, Kwara State.

In the complaint marked: CR/196/2018, filed under Section 89(5) of the Administration of Criminal Justice Act (ACJA) 2015, Ojaomo argued that Saraki’s alleged refusal to honour an invitation allegedly sent to him by the police, in relation to the Offa robbery investigation, amounted to the offences of “obstructing a criminal investigation and disobeying a public officer carrying out a lawful responsibility.”

The judge handling the case at the Grade 1 Area Court, Aco Estate, Lugbe, Federal Capital Territory (FCT), Abuja, Justice Abdullahi Garuba Ogbede had, on September 10 this year, ordered the issuance of summons on the IGP following Saraki’s absence in court when the case, in which he (Saraki) is listed as the sole defendant, was called.

The judge had summoned the IGP to attend court on September 17 to show cause why Saraki was absent in court and what efforts he had made to ensure his appearance.

On Monday, Marcus, who is Ojaomo’s lawyer, told the court that although the IGP and Saraki were absent in court, he was informed by a Deputy Superintendent of Police (DSP) in the Legal Unit of the Nigeria Police Force, identified as Mahmoud that the IGP has directed a unit to ensure the delivery of all processes in relation to the case on Saraki.

He said: “The defendant is not in court. At the last date, the court issued a witness summons on the IGP to come and show cause why the police failed to effect service of the criminal summons, warrant of arrest and other processes on the defendant.

“The witness summons was served on the Nigeria Police Force by the court’s registry.

“However, we received a call from DSP Mahmoud of the Legal Department of the Nigeria Police Force headquarters, that the matter has been assigned by the IGP to a particular unit of the NPF to effect the service of the summons on the defendant and arrest him.”

Marcus urged the court to grant a short adjournment to enable the police effect service of the processes on the defendant.

Justice Ogbede acceded to Marcus’ request and adjourned the case to October 3.

“That you, Dr. Bukola Saraki, on or about the 24th day of July 2018 within the jurisdiction of this honourable court, did refuse to honour the invitation of the Inspector General of the Nigeria Police Force to report at the police headquarters in FCT, Abuja to answer to an allegation involving the investigation of some criminal suspects involved in a case which the Nigeria Police Force is currently investigating, thereby obstructing a criminal investigation and disobeying a public officer carrying out a lawful responsibility .

“You thereby committed an offence punishable under Section 136 and 149 of the Penal Code Law. Whereas, the complainant is praying the court to charge the defendant accordingly.”

Ordinarily, the service of the processes on Saraki ought to be effected by the complainant, but Marcus explained that when his client could not serve the defendant as ordered by the court, he applied, under Section 122 of the ACJA, to the IGP to help effect service on the defendant.

He said the IGP was required, under the law, to either produce the defendant in court or attend court to explain why the defendant was absent, a position that informed the court’s September 10 order on the IGP.