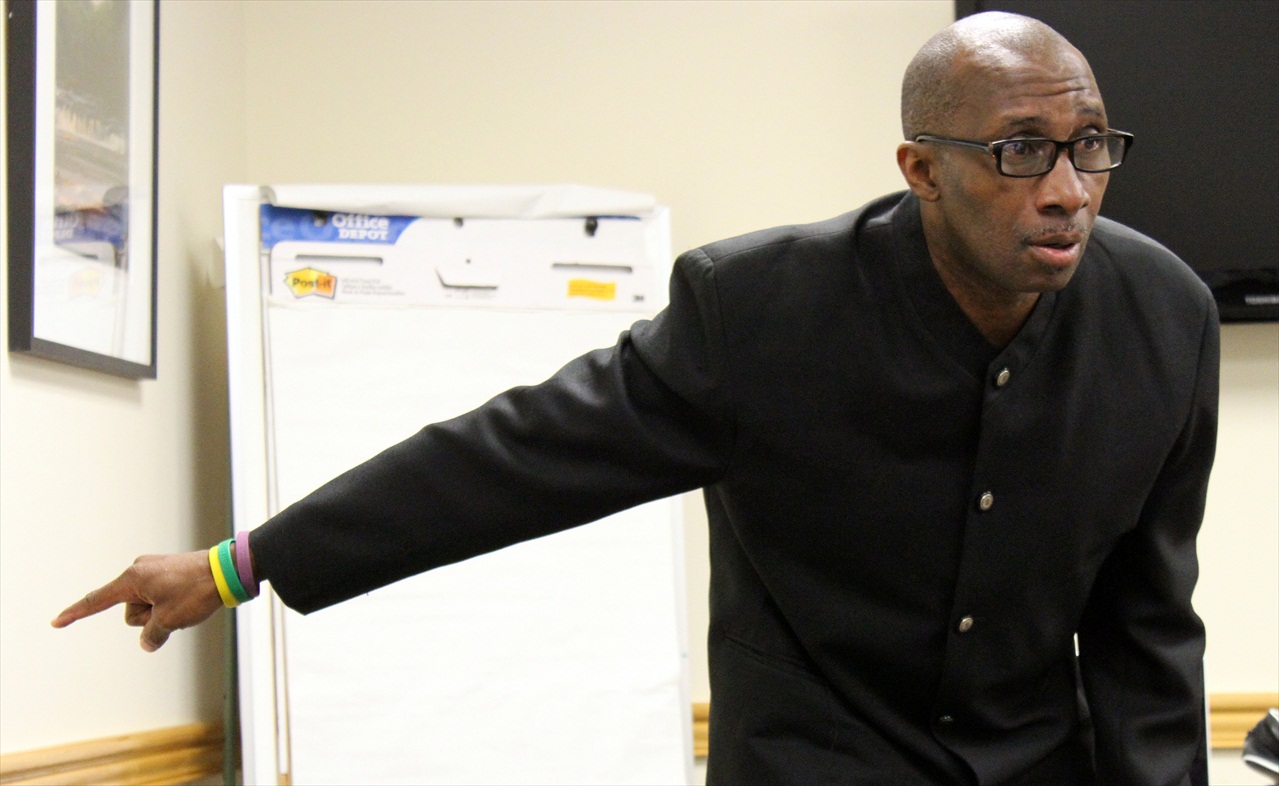 Ogba also led the athletics team to another disastrous outing at the Rio Olympics last month.

Egbunike’s report, obtained exclusively by our correspondent, details how nepotism, lack of discipline, etc, created a split among the athletes to produce a house of horror.

According to the report, the problem started at the trials in Calabar,

“Considering that the Olympic trials is a competition that gives athletes the opportunity to compete for a spot on their nation’s team, the 2012 Olympic trials was faced with class division among the athletes. We had Delta athletes, AFN invited athletes and athletes with “A” standard from 2012 season. The “A” standard athletes were housed in a five star hotel and the remaining athletes stayed in a regular hotel. This created divisions among the athletes. This was part of what spilled over throughout the duration of the Games.’’

Egbunike wrote in the report that Ogba selected the team for the trial without recourse to the laid down rules.

“We had met before the trials and I requested that we (myself, Yussuf Ali, Maria Wophill, Gabriel Okon, and Evangelist/President Ogba) put the standard for the African Championships and the standard for Olympic Games in black and white and decided that A and B standard athletes will represent Nigeria at the African Championships and A standard athletes will represent Nigeria at Olympic Games. We were supposed to meet to pick the team after the trials. To my surprise, the team was announced that night and when I asked, I was told that it was the AFN tradition to announce the team the last night of the competition.’’

Ogba, Egbunike’s report revealed, allowed some athletes the liberty to be undisciplined without sanction.

“Blessing Okagbare announced that she will not represent Nigeria in the women 4 x100m relay at the African Championships and at the Olympic Games, I pulled her aside and tried to convince her to run and she insisted that she will not run. I called the President of the Federation to let him know the crisis at hand, that Ogho refused to run in prelims of the 4 x 100 and Blessing was refusing to run in the finals of the women 4 x 100, I told him I was going to let Ogho and Blessing know that there were going to be some consequences for not running. We ran without Blessing on the team and the team set an African Championship record. We faced a similar situation in the women 4 x 400m, when Ajoke Odumosu refused to run in the prelims of the 4 x 400m. Ogho, Blessing and Ajoke’s refusal to run produced more division on the team; the athletes felt that some of their team mates were above the law. I met with the President to discuss the issue and nothing came of it.’’

Egbunike’s report also revealed that Ogba gave some athletes license to misbehave and be rude.

“After the African Championships, some of the athletes were given permission to go back to their various bases and come to camp at a specified time. Unfortunately, that was not the case. A few of the athletes, on the women 4 x 100m, changed the date of their arrival to camp without consent of the coaching staff. This issue generated more rancor among the team, and as result, we did not practice in the 4 x 100 meter relay like we had intended to. The camp was made up of different factions. This was because some of the athletes felt there was a lot of favoritism going on.

“Okagbare did not speak to me at all when she joined the camp, I called her and asked her why she was not speaking to me and she told me that I threatened her when I told her at the African Championships that there will be consequences for her action of not running the relay. I explained to her that as a leader on the team, it was important she led by example, and that she was the best on the team and was expected to run. She did not seem to understand team accountability. As I walked away from the meeting, I felt we had an understanding of the reason for my statement. But to my greatest disappointment, her negative attitude continued.’’

According to Egbunike, it was not only Okagbare that Ogba encouraged to be rude; Asumnu was also a lord,

“Upon the team’s arrival to the Olympics village, we faced more challenges trying to iron out when all the athletes will report to the Games village. Upon arrival of most of our athletes, I met with the coaches and established a training routine, we made sure we had coaches available for our athletes’ training; we set our training time for the morning. When the schedule was announced to the team, a few of the athletes said that training at 9:00am and 10:00am was too early for them and on our arrival to the track on the next day, we saw the Jamaican duo Bolt and Blake already training. Gloria Asumnu joined the team. We met with the women 4 x 100 to discuss the relay pool and address the training schedule. During the meeting, the coaches decided to inform the athletes of relay practices via social media, because of some past issues with some of the athletes. During the meeting, Gloria Asumnu indicated to us that she will not practice any relays until her individual event was over. I called her one on one and away from the team and asked her to make sure she was at the relay practices, I tried to point out to her that they stand a great chance to win a medal but she did not want to hear that and when I requested for her to be at the next practice, she told me she was not going to show up, above all, that she has someone that will over ride my decisions. I made it clear that if she decided not to show up, she will face strong consequences. After my meeting with her, I went to Mallam Alhassan Yakmut- Chairman MACC and relayed the incident to him and emailed him a report. After my meeting with Mallam Alhassan, some of Gloria’s friends came to me pleading for her not to be sent off the team as she will be at the relay exchange the next day. Our first workout session went well, after that workout, one of the coaches spoke to Gloria about her training after which we set the relay training schedule for the team. In view of our meeting with Gloria to set up the relay training, she did not show up to the next relay training and when I addressed the issue of why she did not show up to practice, she told me her number one priority was her individual event. The same Gloria was very disrespectful to the officials and stormed out of a relay meeting the night before the 4 x 100m relay final.

“One of the “B” standard athletes Selim Nurudeen had approached me that he will like to go and train with his coach, I told him the chances of him going was very slim and before we knew it he left the village. When we found out, I sent him a text and spoke to him advising him that his actions may result to disciplinary action by the AFN; unfortunately, when it was brought to the open no actions were taken”.

Egbunike could understand why AFN which boxes load of kits from Nike could give them to athletes,

“The athletes felt short changed with the amount of gears they received from the Federation. When the athletes asked for more additional gears, in addition to the one pair they gave them, the athletes were told there was not enough”.