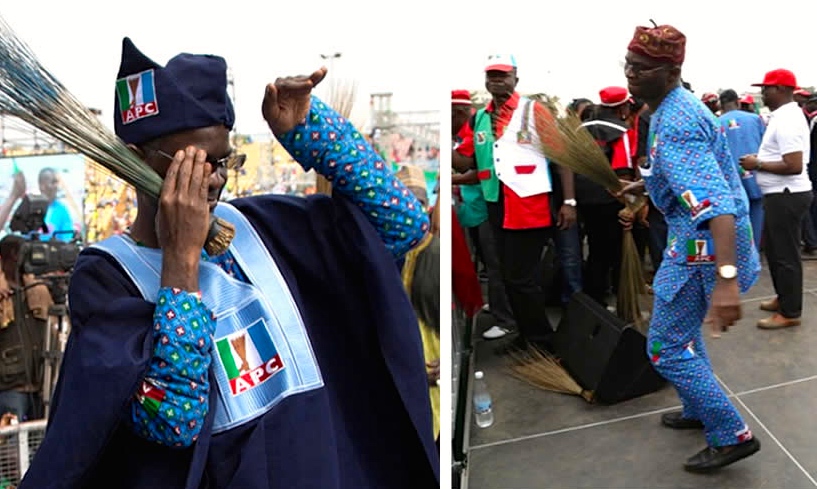 The All Progressive Congress (APC) won the last general election massively by overthrowing the People’s Democratic Party (PDP) the self-acclaimed largest political party in Africa. Now APC is the majority and ruling party in Nigeria. But since after winning the election I still think otherwise because the only thing I see the APC doing is still the same thing they have been doing since their formation accusing the PDP as if PDP is still in power. One may ask, is it that the APC were never ready for governance or that winning the elections came to them as a surprise.

The All Progressive Congress is still in the campaign mood six months after being sworn in, if this campaign mood last till the next general election in 2019 then Nigeria is doomed. This campaign mood governance still makes them feel like the opposition party that they cannot even unite in the National Assembly and

Trying everything possible to hold Nigerians to ransom by their ‘opposition mentality of governance’. Since the formation of APC they have been attacking the PDP and accusing Jonathan’s government of financial recklessness and misappropriation.

Now six months after getting into power APC’s story have not changed, all we have been seeing in newspaper headlines is President Buhari accusing Jonathan’s administration of looting trillions of naira and billions of dollars of Nigeria’s money, PDP killed and buried the economy of Nigeria. Oga Buhari please if Goodluck Jonathan is with our money why have you not asked him where he kept it throughout his visit to you in Aso Rock. If it is true that PDP rendered Nigeria bankrupt for the past 16 years, Obasanjo and Atiku are your closest paddy and I hope their recent visit to Aso Rock was for them to tell you where they kept our billion trillions.

APC will kill corruption, APC will bury corruption and President Buhari is not corrupt has been the campaign mantra of the APC and from all indications the only policy that this government have as regards how to give us steady power, basic infrastructure of living and making our economy attractive. For President Buhari to tackle corruption he has to build institutions and an independent judiciary that will do the work without fear or favour unless he want to leave the duty of being our president and become the prosecutor and judge of the anti-corruption tribunal but just like the legal maxim ‘nemo judex incausa sua’ you cannot be a judge in your own case. If we want corruption cases to be fast-tracked my opinion is that an anti-corruption tribunal should be established by an Act enacted by the National Assembly but the body language of the 8th National Assembly does not seem as if they are ready to do their primary duty rather they are busy fighting over who heads which committee and why were juicy committees not given to ‘our party men’. Now my question is, are all the committees not important for the development of Nigeria? If you do not like the committee you head please vacate your seat as a law maker.

Finally congratulations to The New Ministers of the Republic. But I ask myself why it took this government six months for the appointment of those persons most of us knew that will make the list of ministers. As a note of advice they should face the enormous task ahead of them and should not try to dabble dip into the politics of talk plenty and do less. Special congratulations to Baba Fash the trinity minister now all those boasting and ‘cabashing’ that he has been making in Lagos when he was the governor, he should manifest it now. I and majority of Nigerians are expecting nothing less than 30,000MW of electricity being generated, distributed and transmitted in Nigeria by the last quarter of 2017. For the Lion of Ubima, yours is well deserved, you can now complete the Port-Harcourt monorail project which you could not do as a governor despite having everything at your disposal to do it then. For Lai Mohhammed the job is still the same.

Before I drop my pen Dear President Buhari please I need my monthly stipend of five thousand naira promised us during campaign, which is now in arrears of about Thirty Thousand naira since your inauguration.