The Nigerian air force (NAF) has laid to rest the remains of Perowei Jacob and four others who died fighting Boko Haram insurgents.

On January 2, the flight lieutenant and his co-fighters aboard an air force helicopter crashed while providing support to troops of the army’s 145 battalion in Damasak, Borno.

With military honours and gun salutations, they were buried on Tuesday at the national military cemetery in Abuja.

In his remarks, Sadique Abubakar, chief of air staff, said his men lost their lives for the peace and unity of Nigeria.

“These gallant heroes lost their lives in the pursuit of the peace which we all enjoy and often take for granted. We salute the courage of these young men, whose lot it became to give their lives for this purpose,” he said.

“The loss of these courageous and professional gentlemen must spur the rest of us not only to rededicate ourselves in the service of our nation but also to expose and fight all agents of destabilization and extremism in our society.

“We must throw in everything we have to this fight to ensure that our departed colleagues did not die in vain.

“We must do everything possible to bring the ongoing insurgency in the north-east to a speedy end that is favourable to our nation.

“I am indeed deeply touched and saddened by the price which our patriots had to pay in this needless fight against insurgency.” 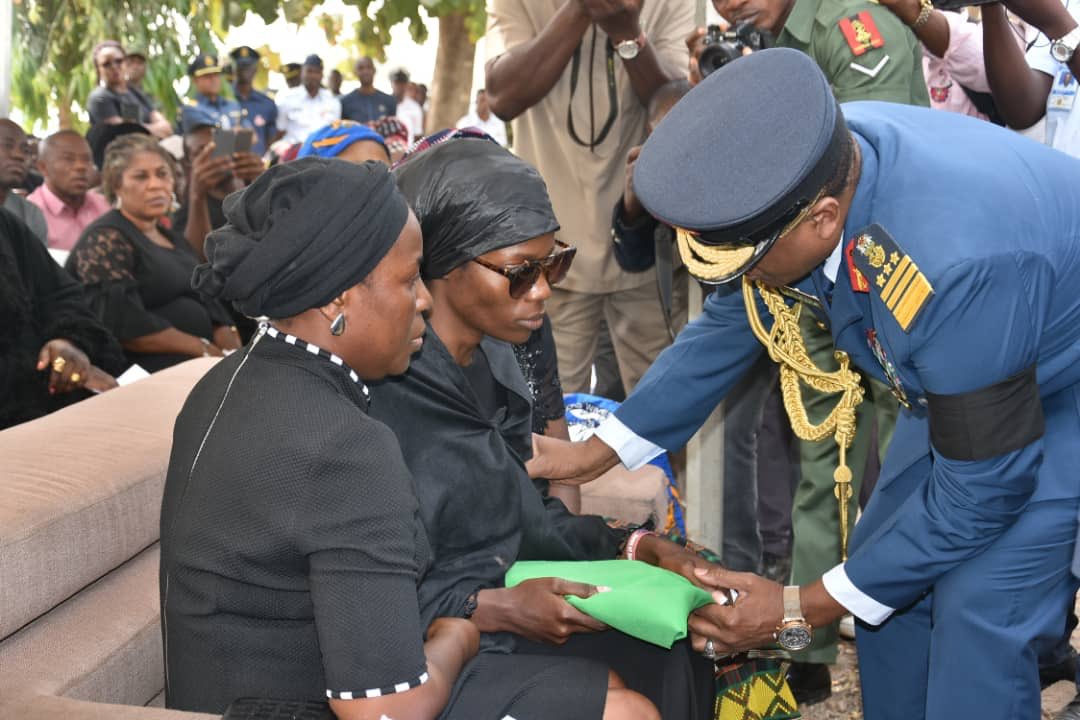 Sadique consoles one of the wives 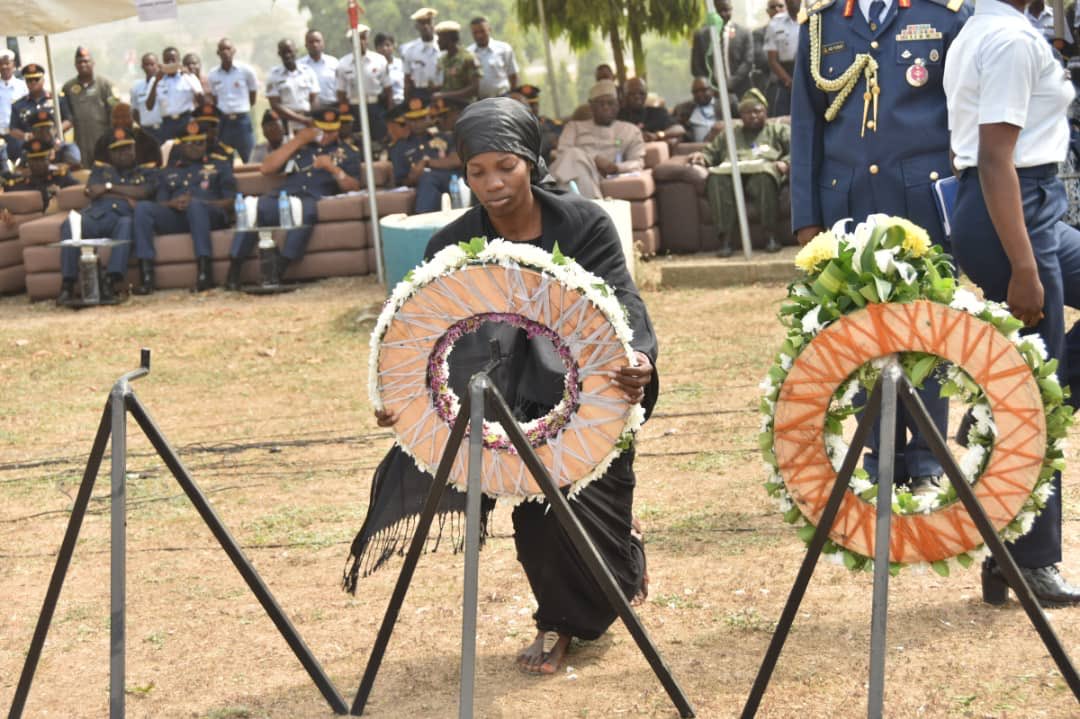 Diepreye, the wife of late Perowei

Consoling the families of the deceased, the air chief added that “there can be no better consolation than the knowledge that the nation grieves with you on the loss of these amiable and patriotic Nigerians, who paid the supreme price in the course of their duty to the fatherland”.

The burial ceremony was attended by Mansur Dan-Ali, minister of defence, and representatives of other service chiefs.

Pereowei who got married three weeks before his death was described as ‘a man with no worries.’

In a statement after the incident, the air force had identified Jacob, pilot in command; Kaltho Kilyofas, co-pilot; Auwal Ibrahim, flight technician; Adamu Nura, gunner, and Meshack Ishmael, gunner, as the fallen soldiers.