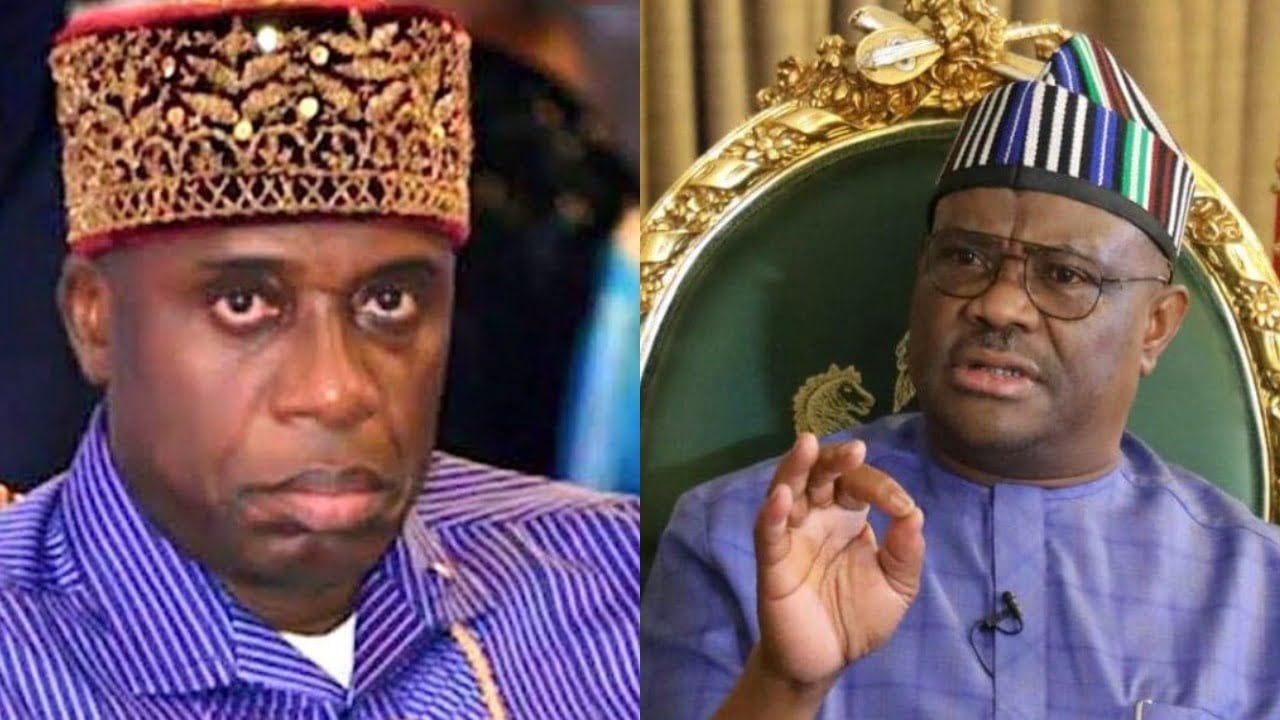 Wike, a member of the Peoples Democratic Party (PDP), alleged that Amaechi of the All Progressives Congress (APC) failed to construct roads and flyovers in the state.

The incumbent governor also said he built the road leading to the residence of the former Minister of Transportation.

“I have gone to your local government to do all the internal roads which you refused…I’ve given you a school in your community, even the house you are living, I did the road to your house,” Wike said on Saturday when he commissioned the Rukpakwolusi-Eliogbolo community new layout road in the Obio-Akpor Local Government Area in the state.

Amaechi had on Wednesday reportedly said he constructed projects and built five flyovers in Rivers “without noise”.

Reacting on Saturday, Wike, who has constructed about 10 flyovers in the state, said Amaechi has no moral right to talk about Rivers, describing the former governor as a failure.

He said, “I heard (a) few days ago, the former governor of Rivers State said that he did a lot of roads and flyovers in Port Harcourt, he didn’t make noise, then why the noise? I didn’t see the flyovers he did. If he did the road, mention the roads.

“Let me even tell you why we should celebrate. In May 27, 2015 when he was celebrating his birthday, he said our government would not have money to pay salaries talkless of projects.

Wike alleged that Amaechi looted the state so that the government of his successor won’t be able to pay salaries but God in His infinite mercies did not allow that.

The Rivers governor said the APC government led by President Muhammadu Buhari honoured him with the Distinguished Award in Infrastructure Delivery, hence, Amaechi has no point to score on project delivery because “Buhari said I am the best when it comes to infrastructure”.

Amaechi, Rivers governor between 2007 and 2015, handed over to Wike and went on to become the minister of transportation. He resigned as minister in the buildup to the APC presidential primary but lost the contest to former Lagos State governor, Bola Tinubu.

Wike was Amechi’s Chief of Staff from 2007 to 2011. Both men belonged to the PDP but have been at loggerheads since Amaechi defected to the APC in the buildup the 2015 general elections.

Aside from Amaechi, Wike is also not on talking terms with one of his predecessors, Celestine Omehia but have named many projects in honour of Peter Odili, who was Rivers governor from 1999 to 2007.

Like Amaechi, Wike’s presidential ambition was botched after he lost the PDP ticket to former Vice-President Atiku Abubakar at the party’s primary in May. The prominent member of the G5 has been at the centre of a protracted conflict between the PDP over the chairmanship of Iyorchia Ayu.

Governor Nyesom Wike of Rivers State has appointed 14,000 advisers for various political units in the State. The Governor, in a statement by his... 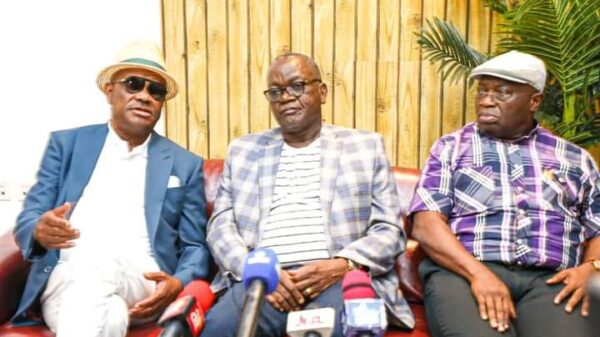 Why We Met Tinubu, Obasanjo, Atiku, Obi in London – Wike