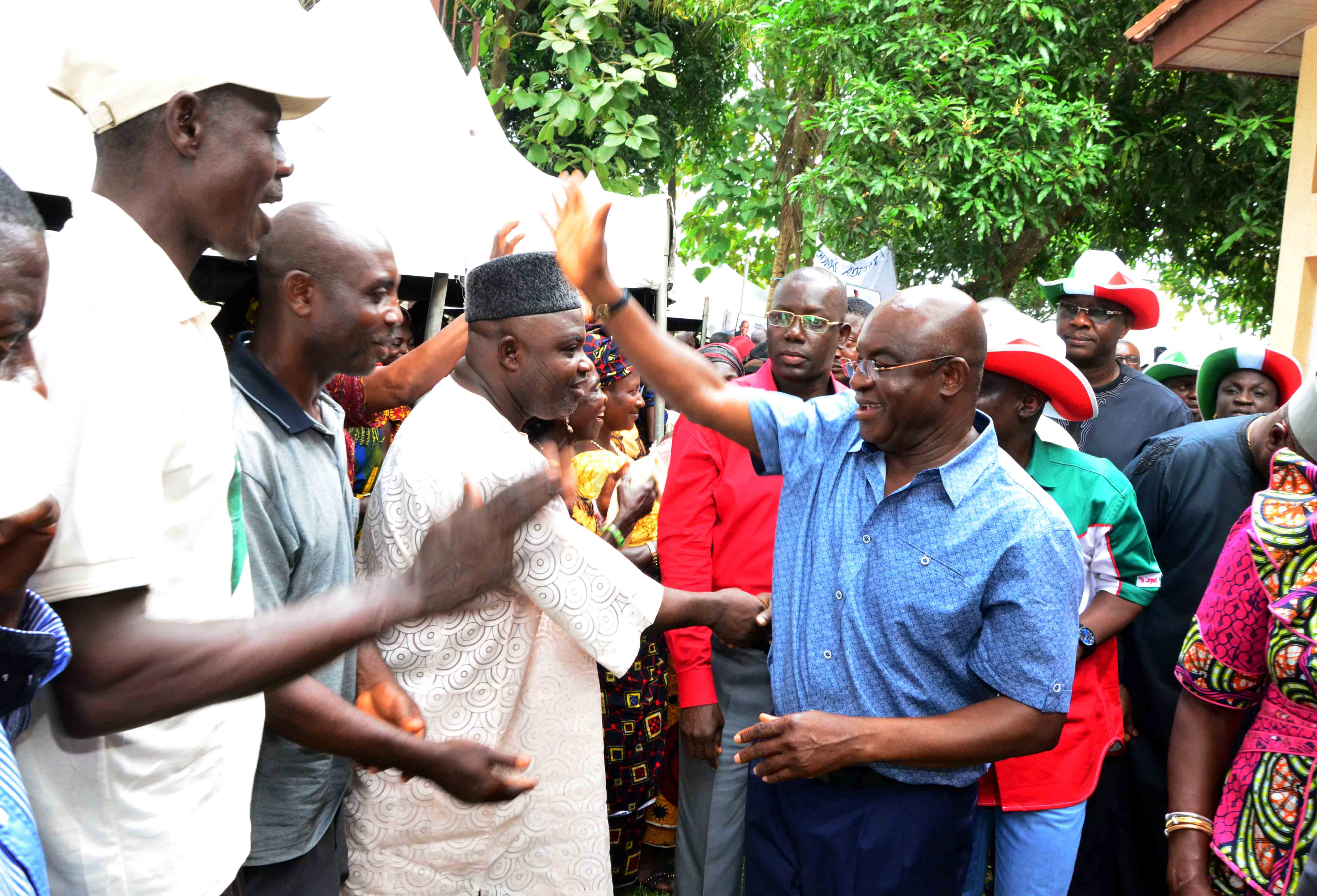 Immediate past President of the Senate Senator David Mark has for the umpteenth time told his constituents to rise to the challenge and defend their votes freely given to him on March 28, 2015 Senatorial election.

Senator Mark said the annulment of his election by a court of appeal on account of disagreement in the date signed by the returning officer for no fault of his is a challenge to his constituents to come out  en masse and demonstrate that they did not make any mistake in electing him on March 28.

Addressing  Peoples Democratic Party (PDP) faithfuls in his Otukpo country home in Benue state at the weekend, Senator Mark stressed that the unfolding development is a call on his people otherwise called the Idoma nation to fight for their liberty and freedom from external forces.

Rather than dampen their spirit, he advised them to be strengthened and be energized to go to the field and prove doubting Thomases wrong saying that attempts to jump ship  on account of the challenges would amount to cowardice and bowing to the forces of evil.

Senator Mark stated: “For me, this is a battle for our future and survival. I will continue to protect and defend the interest of Idoma nation whether as a Senator or as  an ordinary man working on the street.

“What I will resist and will not accept is for outsiders to dictate to us who should or should not represent us. At least, not in my life time. We must take our destiny in our hands.”

At the risk of not sounding immodest, Senator Mark listed landmark projects he attracted to his constituency to include but not limited to the multi- Billion Otobi water dam project to address the water needs of the area besides creating jobs and other ancillary projects, the multi-Billion naira Oweto bridge that would facilitate movement of goods and services to other parts of Nigeria with ease as well as cottage industries in all the nine local government areas.

He noted that it is on record that he under “David Mark Scholarship Foundation (DMSF)” runs the largest scholarship scheme from which no fewer than 20,000 graduates have benefited since its inception in 2005 . He added that he singlehandedly built and donated the National Open University of Nigeria (NOUN) Otukpo study centre in 2008.

“I will continue to invest on quality education for our people.i believe that if we give our people the best education, we would have liberated our people from ignorance, poverty, disease and want”, Senator Mark stressed.

He listed a number of schools and health care centers he  built  in the nine local government areas in his constituency and challenged any body in doubt to take a tour of the constituency to verify.

Senator Mark  however noted that he is not discouraged by armed chair critics who alleges  he has not done much saying ” I have  my record of achievements. History will judge.”

Dr. Agbo noted that the nullification of the election is a temporary set back but was pleased that the action has further United the Idoma people to fight for a common course.

The forum of past and present local government much chairmen and councillors in Benue south led by Chief Ochirigogo also came calling in solidarity.