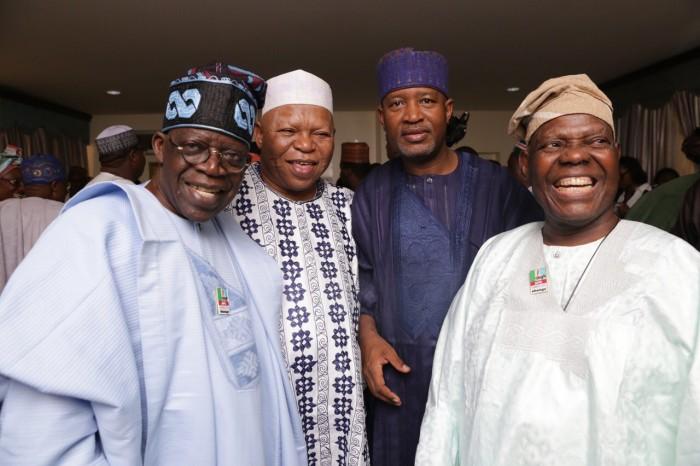 A group of Nigerian Twitter users on Tuesday took to the social media with a hashtag #TinubuAndKogi50BN. Selected tweets from the hashtag are protesting the interest of the National Leader of the All Progressives Congress (APC), Asiwaju Bola Tinubu in the Kogi State gubernatorial elections.

According to several tweets tweeted on Tuesday via the hashtag, Tinubu’s interest in the Kogi election is the N50 billion bailout fund approved for the state.

It will be recalled that despite efforts by the state Governor, Idris Wada to secure the release of the funds, the funds were still being held by the Federal Government.

Below are some tweets, which featured prominently on the hashtag:

The bailout funds are supposed to be used to salvage States, not for private pockets #TinubuAndKogi50BN

Asiwaju is just desperate to place his Hench men in every nooks and cranny of naija. #TinubuAndKogi50BN — »̶̥ BRAINBOX »̶̥ (@Brainbox101) December 1, 2015

After wrecking Osun state, Thiefnibu next target is Kogi State where there is 50 billion bail out fund. Think my people. #TinubuAndKogi50BN — Thεό (@Shalomttheo) December 1, 2015

The Kogi State government is of the firm view that the bail out fund is only a loan and not a presidential benevolence.#TinubuAndKogi50BN — Baroness Lami (@lamiebony) December 1, 2015

Bola Tinubu controls a loyal structure. Abuse him all you want, he’s still a boss and will continue to be relevant. #TinubuAndKogi50BN

Kogi will remain focused and reject humiliation from Tinubu in their bid to impose any Lagos-based politician on them. #TinubuAndKogi50BN

I heard there was a party at Bourdillion villa (Tinubu House) the day Prince Audu was pronounced dead. Desperado!!! #TinubuAndKogi50BN