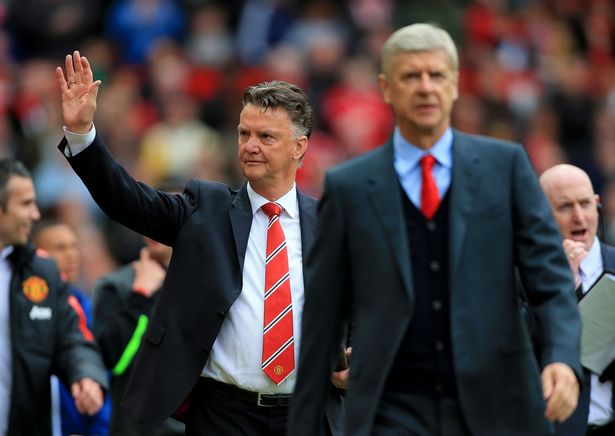 Manchester United manager, Louis van Gaal believes Arsenal could be the best team in England on the ball, though he has criticized them for their lack of silverware.

Arsenal have won the FA Cup in the last two seasons, but they are their only trophies in a decade and the Manchester United manager suggested Arsene Wenger’s side have not fulfilled their potential.

Van Gaal takes United, who are the Premier League leaders, to the Emirates Stadium to face Arsenal on Sunday and is an admirer of their ability.

The former Ajax, Barcelona and Bayern Munich manager said they could be the division’s top team “in a technical and tactical sense,” but said in a news conference: “Nevertheless, they haven’t won so much, so you have to look for that improvement with that team.”

But Van Gaal is guarding against complacency as he warned his team to expect a response from the Gunners.

“We are happy but I think Arsenal can come back from a defeat,” he added. “They have shown that a lot of times.”