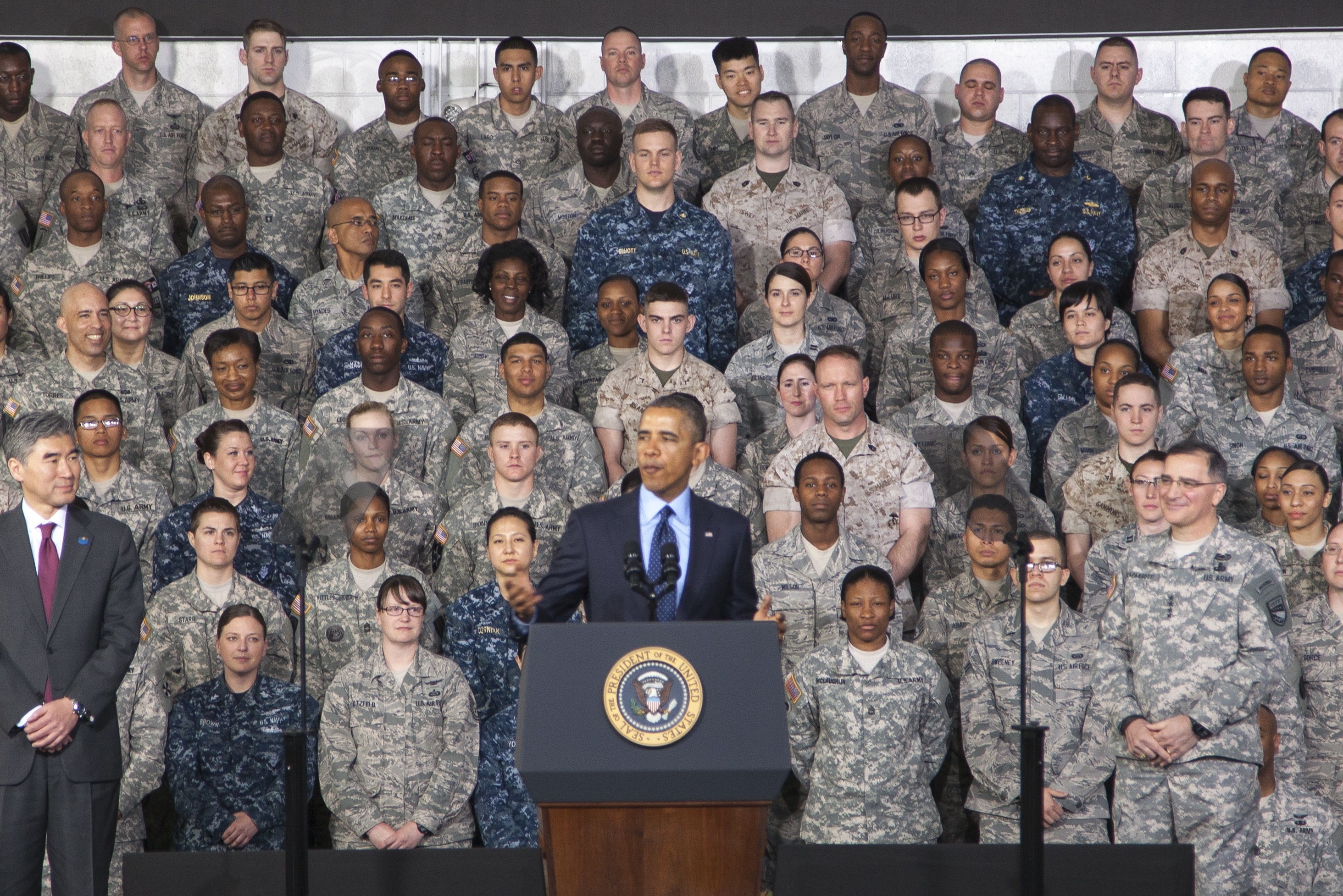 YONGSAN, South Korea (Apr. 26, 2014)-- US Forces Korea Service Members stand tall behind their Commander-in-Chief, President Barack Obama, during his speech at US Army Garrison Yongsan, South Korea April 26, 2014. President Obama took time out of his Asia-Pacific tour to thank Service Members and their families for their sacrifices and their role to strengthen the Republic of Korea-United States alliance. (U.S. Navy Photo by Mass Communication 2nd Class Chris Church)(Released)140226-N-SZ959-183

The mission is “part of a broader regional effort to stop the spread of Boko Haram and other violent extremist organizations in West Africa,” the BBC reported White House spokesman Josh Earnest as saying.

An advanced team of 90 troops began deploying on Monday, with additional troops joining to “conduct airborne intelligence, surveillance, and reconnaissance operations in the region,” Obama wrote in a letter addressed to Congress.

“These forces are equipped with weapons for the purpose of providing their own force protection and security,” the president wrote.

Boko Haram is conducting a violent campaign across Nigeria, Chad, Niger and Cameroon in a bid to establish a caliphate. Amnesty International estimates that the militants have killed 3,500 civilians in 2015 so far. And UNICEF reports that attacks have displaced some 1.4 million children.

The group gained worldwide notoriety in April 2014 when it kidnapped more than 270 schoolgirls from the town of Chibok, Nigeria.

The current expansion of anti-terror operations in the region is part of U.S. “national security and foreign policy interests,” Obama wrote, adding that the troops “will remain in Cameroon until their support is no longer needed.”

U.S. Secretary of State John Kerry said Boko Haram, which is aligned with the militant group Islamic State of Iraq and Greater Syria, is “guilty of vicious acts of unprovoked violence.” He pledged to combat it and other terrorist organizations with “far more than words of condemnation,” during a press briefing on Wednesday.