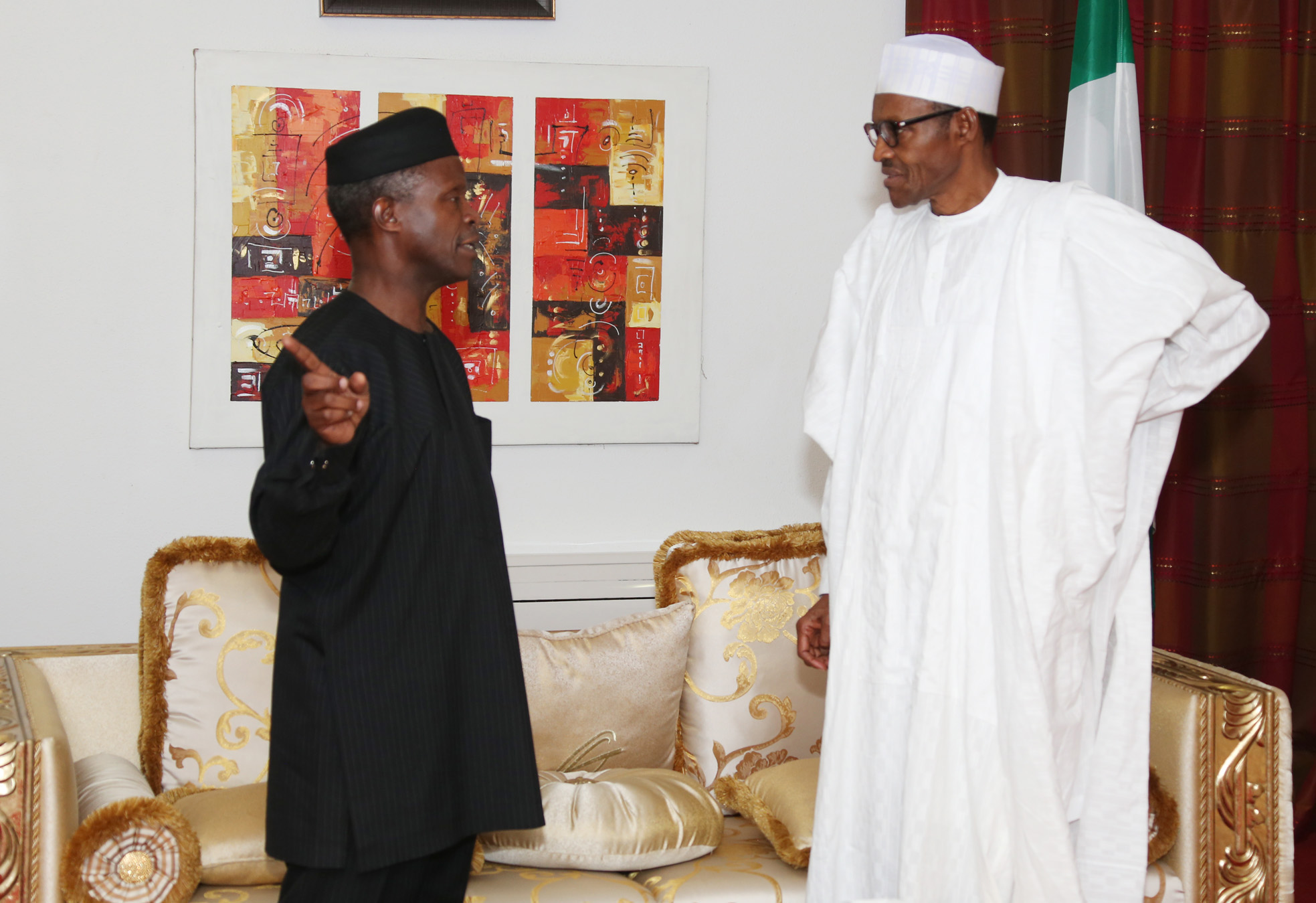 President Muhammadu Buhari has washed his hands off the gubernatorial campaign of APC Kogi State gubernatorial candidate Prince Abubakar Audu who is currently standing trial for allegedly embezzling N11 billion during his time as Kogi State Governor between 1999 and 2003.

Documents have shown how the erstwhile chairman of the Economic and Financial Crimes Commission, Ibrahim Lamorde, wrote to the Secretary to the Government of the Federation, Babachir Lawal, seeking the disqualification of the  gubernatorial candidate of the All Progressives Congress, Abubakar Audu, from contesting the forthcoming governorship election in the state.

Mr. Audu won the primary election of the APC on August 30 amidst calls by some Nigerians that fielding him as candidate was a negation of the ruling party’s anti-graft war.

In a letter dated September 21, 2015, with reference number EFCC/EC/SGF/03/59, and titled “F.R.N Vs Abubakar Audu & 1 other Charge No: FCT/CR/115/ 2013”, the EFCC chairman wrote to the secretary to the government of the federation reminding him that Mr. Audu was standing trial for corruption.

The weight of allegations against Audu, SIGNAL gathered, has forced President Buhari to keep a far distance from the embattled candidate of his party.

In place of his open endorsement and support for Audu, President Buhari has sent Pastor Yemi Osinbajo to Lokoja to carry out the inconvenient task of campaigning for the APC Kogi gubernatorial candidate.

Vice President Osinbajo will on Tuesday lead governors elected on the platform of the All Progressives Congress, APC and other chieftains of the party to the Kogi Central campaign for Prince Abubakar Audu, the governorship candidate of the APC in Kogi. The event will hold at the Ebira Day Pavillion, Okene on Tuesday, starting from 1:00pm while Prof. Osinbajo is expected to address party faithfuls at the rally by 4:30pm.

The Vice President and other APC governors, especially from the South West are expected to woo the people of Okene, a Yoruba-speaking part of Kogi state.

In line with a recent promise by Audu’s party that the former governor will refund the sum of N11 billion to Kogi State if he is re-elected, Vice President Osinbanjo is expected to reaffirm this campaign promise in Lokoja on Tuesday, a source who did not want to be named disclosed to SIGNAL.

Meanwhile the National Working Committee (NWC) of APC has presented the party’s flag to Audu.

Presenting the flag to the candidate at the Lokoja Confluence Stadium in Lokoja, the state capital, the National Chairman of the APC, John Oyegun, said that it was time for Kogi State to join the change train and move forward.

He stressed that APC was ready to take over Kogi State from the ruling PDP and urged residents to vote en mass for the party’s candidate.

Mr Audu, in response, vowed to pay the state government’s workers all their accumulated arrears if elected.

He also promised to ensure that after his tenure, power would be shifted to other senatorial districts of the state.