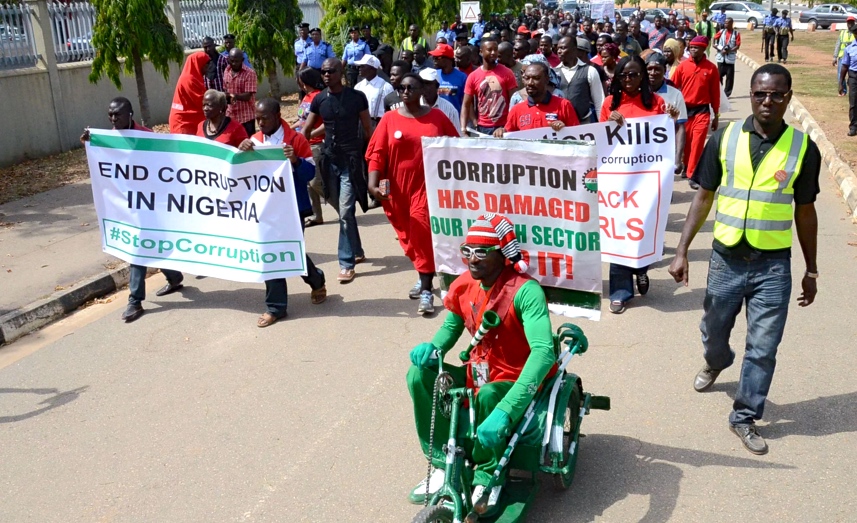 President Muhammadu Bu­hari has advised unem­ployed Nigerian graduates to avoid any form of corruption while seeking employment and in any aspect of their endeav­ours.

The president gave the advice at the weekend while speaking at the conferment of honorary doctoral degrees on four prominent Nigerians as part of activities marking the 41st convo­cation ceremony of postgraduate stu­dents of the Obafemi Awolowo Uni­versity (OAU), Ile-Ife, Osun State.

Buhari, who was represented by the Executive Secretary of the National Universities Commission (NUC), Prof Julius Okogie said the level of unemployment in the country was high and assured unemployed gradu­ates that his administration would pri­oritise employment.

To the fresh graduates of OAU, President Buhari said: “As representatives of your alma mater, you have a lot to contribute to making this coun­try a place worth living and reducing the brain drain that has plagued us for many years.”

The president added: “A major point of concern is the need to redeem our image in the comity of nations by a complete eradication of the hydra-headed monster of corruption that has lived among us for several years.

“At present, efforts are on-going and at top gear to recover national treasures looted by various individu­als and bodies in the past. I urge you, and very strongly too, to shun corrup­tion in its entirety in the process of seeking jobs and in general living.

“Although living conditions in Ni­geria are not yet optimal and at par with developed countries, we are as­siduously working towards it and will get there with the cooperation of all and sundry.”

He added: “Embracing corruption will only take us backwards, soil our good name and destroy our common heritage. I want to believe that I can count on you to individually and col­lectively improve the image of the country by being worthy ambassadors of your families and of this great and noble institution.”

The president said his administra­tion would spur several entrepreneur­ship initiatives that would create an enabling environment for job creators to not only thrive but excel.

“Promotion of local products, en­couragement of exports, utilizing in­digenous raw materials, etc, are some of the avenues for this to operate. As fresh graduates with multitude of in­vigorating ideas, you are encouraged to send your proposals to the appro­priate parastatals and agencies.”

The ceremony witnessed a large turn out of academics and traditional rulers like the Ooni of Ife, Oba Ad­eyeye Ogunwusi, and the Etsu Nupe, Alhaji Yahaya Abubakar, who was re­cently appointed the chancellor of the university.