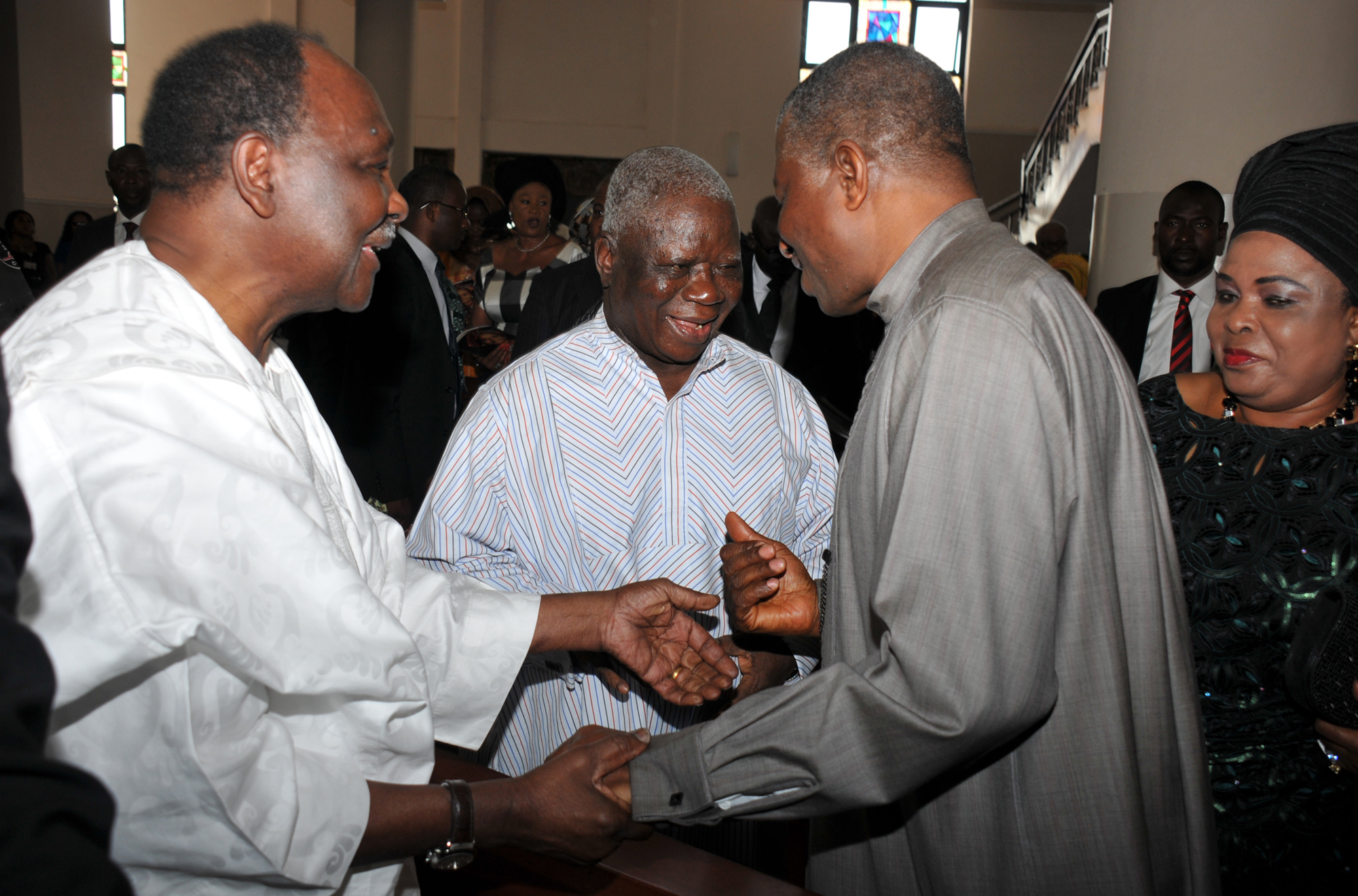 A former Federal Commissioner for Information, Chief Edwin Clark, on Wednesday declared he has left the Peoples Democratic Party (PDP).

The Ijaw leader said this in Abuja on Wednesday when a group, Think Nigeria First Initiative, paid him a courtesy visit at his Abuja residence.

Clark, who was a staunch supporter of former President Goodluck Jonathan, however, said he would not joint the governing party, the All Progressives Congress (APC).

The Ijaw leader equally hailed the anti-corruption crusade of President Muhammadu Buhari.
He said it was wrong for anyone to accuse the President of fighting a selective war in his drive to return sanity into the polity.
Clark called on Nigerians not to distract the President from achieving his goal, just as he appealed to the President to remain focus in his desire to rid the country of corruption.