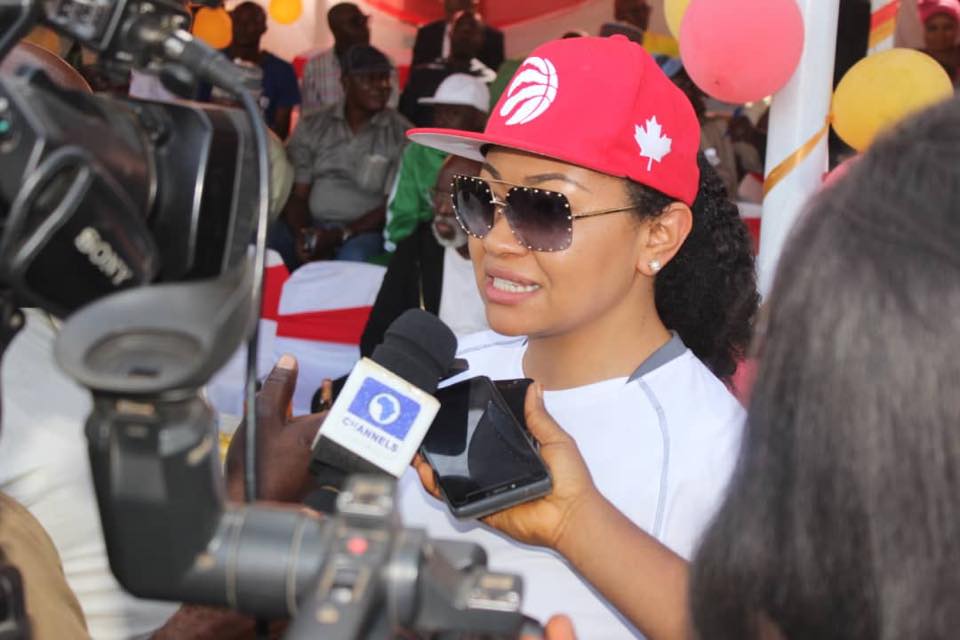 Natasha Akpoti-Uduaghan, the senatorial candidate of the Peoples Democratic Party (PDP) in Kogi Central has accused Kogi State Governor Yahaya Bello of being responsible for the Owo Church massacre and the Kuje Prison break.

Natasha alleged that the governor went around different prisons in the country releasing hardened criminals, especially those of Ebira ethnicity.

She claimed one of such prisoners is known as Safiyu, who she alleged the governor deployed to carry out the Kuje Prison break and Owo massacre.

Appearing on Arise Television’s Morning Show on Friday, Akpoti, said, “I was in California because I left a day after my primary election and I only returned to Nigeria on the 20th of August.

“And at the time of these attacks [Kuje prison Owo], Safiyu was with Yahaya Bello. He was in the Government House every day.

“He was living in the house of the Chief of Staff. So if anybody should be held responsible for the Owo massacre and Kuje Prison break it should be Yahaya Bello that should have questions to answer in conjunction with the chief of staff himself because they released him from prison for God knows what.

“I even got to know that Chaffeu was on death row. I happened to know he was a hardened criminal on death row but Bello freed him just before the 2019 election. Why he was freed and the nature of his freedom is left for Yahaya Bello to explain.

“On how a governor could release a prisoner in a federal prison, Akpoti said, “That’s one thing with Yahaya Bello. He knows how to get the ills done using the network.

“I’m actually surprised at how he could have such powers. He has also gone around the prisons in the country releasing hardened Ebira prisoners. People from our own tribe.

“This is why we have such a high rate of criminality in Nigeria. I got to know that a few months ago, the governor called on Safyu again to carry out a series of attacks,” she alleged.