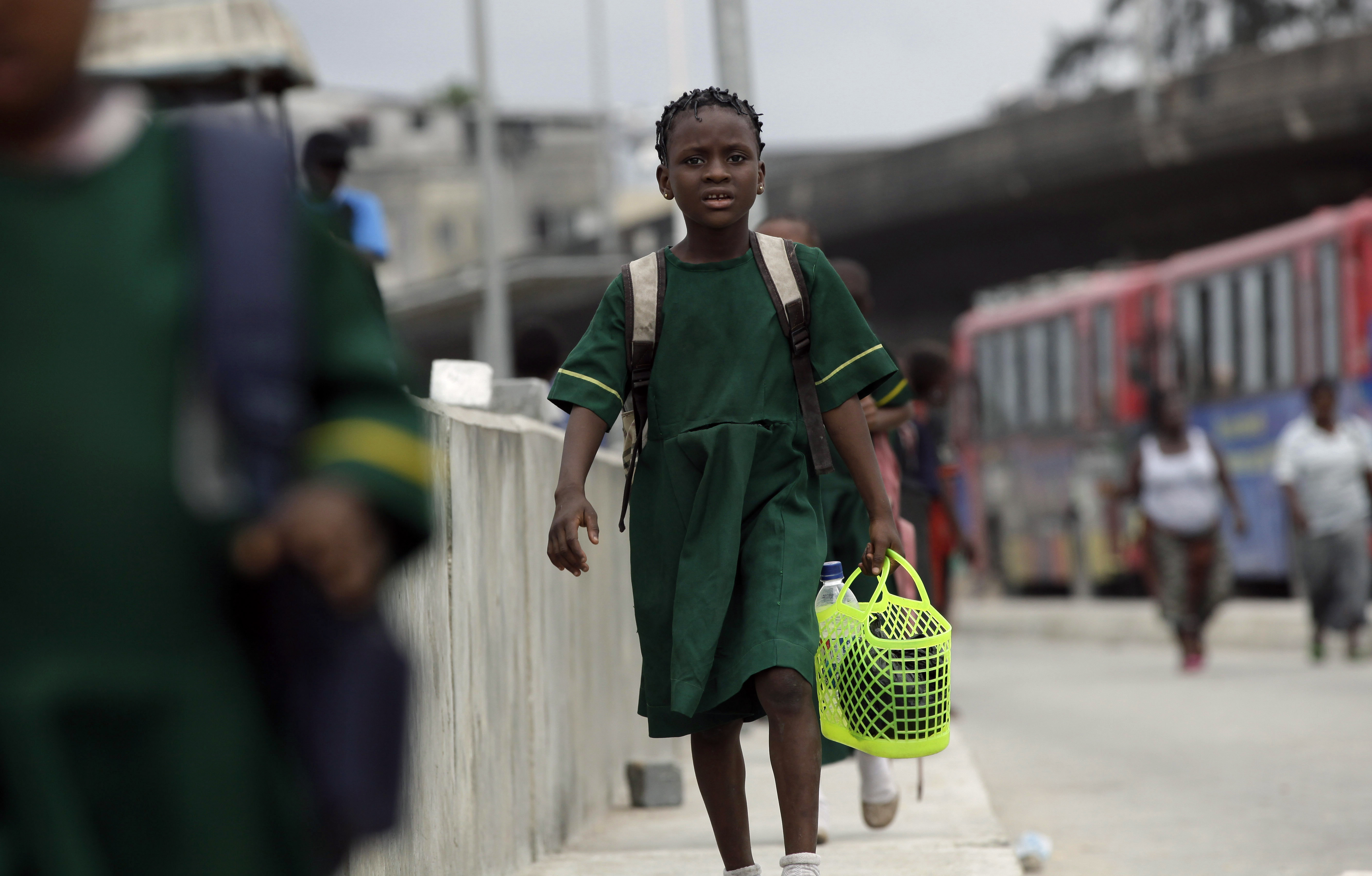 An unidentified school girl walk past a bus park, on the first International Day of the Girl Child, in Lagos, Nigeria, Thursday, Oct. 11, 2012. The UN has declared October 11th as the International Day of the Girl Child. Girls face double discrimination due to their gender and age, and are the most marginalized and discriminated group across the globe.(AP Photo/Sunday Alamba)

Attacks by Islamic extremist group Boko Haram in northeastern Nigeria and neighboring countries have forced more than 1 million children out of school, heightening the risk they will be abused, abducted or recruited by armed groups, the United Nations children’s agency said Tuesday, December 22, the Associated Press reports.

The conflict has forced more than 2,000 schools to close in Nigeria, Cameroon, Chad and Niger, the agency said. Some have been looted or set on fire by the insurgent group whose name means “Western education is sinful.”

“The conflict has been a huge blow for education in the region, and violence has kept many children out of the classroom for more than a year, putting them at risk of dropping out of school altogether,” said Manuel Fontaine, UNICEF’s West and Central Africa Regional Director. Before the crisis, an estimated 11 million children of primary school age were already out of school in the four neighboring countries where Boko Haram stages attacks, the agency said.

Hundreds of schools in northeastern Nigeria have reopened in recent months, but many classrooms are overcrowded or are used as shelter for those displaced. Temporary learning spaces are being set up, but security remains a challenge, the agency said.

Insecurity also prevents teachers from going back to classes, the agency said. About 600 teachers have been killed during Boko Haram’s six-year insurgency, it said.

“The challenge we face is to keep children safe without interrupting their schooling,” said Fontaine. “Schools have been targets of attack, so children are scared to go back to the classroom, yet the longer they stay out of school, the greater the risks of being abused, abducted and recruited by armed groups.”

Boko Haram’s insurgency has killed about 20,000 people and displaced 2.3 million, according to Amnesty International and the United Nations.