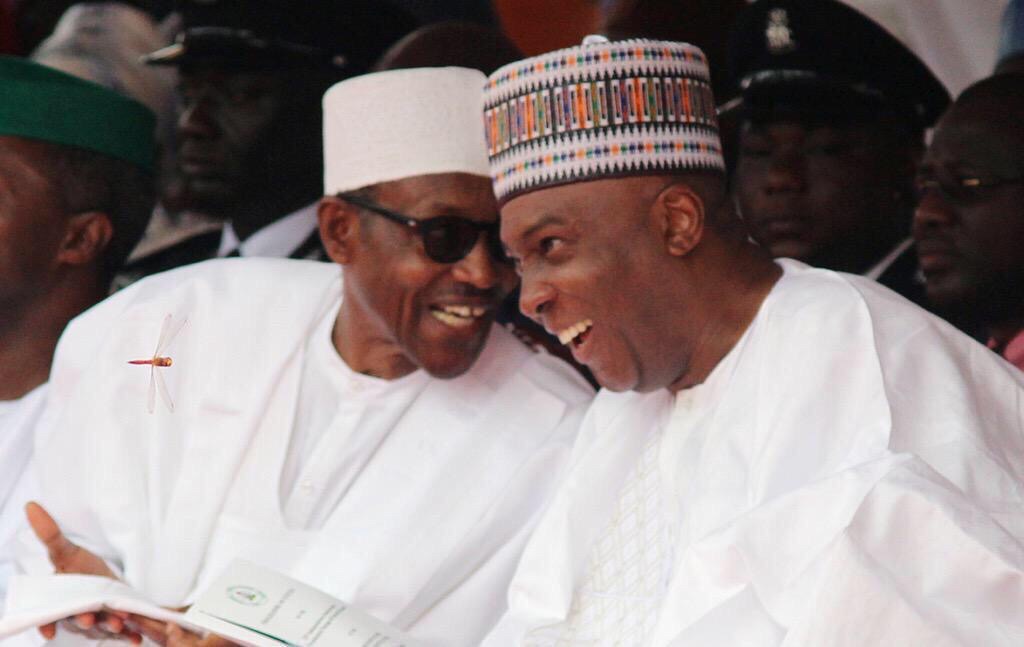 Waiting for President Muhammadu Buhari’s ministers was like waiting forever. The waiting game lasted the whole of 16 good weeks. Quite a good number of people became either disenchanted or disillusioned. Not only this. The machinery of government was moving at snail-speed, while the economy was almost grinding to a halt. The President’s assurances at many fora that he needed to be meticulous and thorough in picking his cabinet because of the mess that he met on ground, offered little respite.

However, the waiting game ended last week when the president transmitted the first list of his proposed ministers to the Senate. Since then, the newspapers and other medium of communication have been speculating about who and who, made the list of ministers. This has heightened anxiety as prospective ministers ran from pillar to post trying to authenticate their nomination. While this was going on, some of the senators upped the barometer of anxiety by spitting fire over the proposed screening of the would-be ministers.

They said that unlike in the past when some of the nominees were merely asked to take a bow on the floor of the Senate chambers, this time around, they were going to properly scrutinize them and take them through the rigour of digging deep into their background, their moral and social antecedence and all that.

In view of this, it is believed that some of the nominees have been mounting pressure on some of the senators to lend a voice in their support during the screening exercise that may commence in the Senate chambers this morning.

I am sure the list of nominees might not totally tally with the names the media have been bandying about all these days. The choice of nominees in some states may not have been as smooth as that for the president who had insisted on doing it alone. The issue of picking the right candidate from various states may have been a tug of war. For instance, feelers from Niger State indicate that if it is true that Musa Ibeto, who until recently was the deputy governor of the State, had actually been penciled down to be made a minister, then a long standing ethnic, cum tribal arrangement which has subsisted for ages in that state is about to be broken. This is because Abubakar Sani-Bello, the incumbent governor of the state and Ibeto are from the same political zone of the state. His appointment will, therefore, tilt the balance of power in favour of one political zone in the state to the detriment of other zones. This will surely be a recipe for confusion and crisis in the state.

If Rotimi Amaechi, Kayode Fayemi and Babatunde Fashola, former governors of Rivers, Ekiti and Lagos states respectively, make the final list, they might be doing so on merit. But this is not to say that they will have a walk-over at the screening exercise in the senate. In actual fact, the trio – Amaechi, Fayemi and Fashola- were believed to have been directly picked by Buhari, in recognition of their invaluable contribution and support for him which made it possible for him to emerge as the president. In spite of mounting opposition against them from their own people, Buhari had assured them a long time ago that they were going to work with him.

There are speculations that Fayemi, who had been involved in drafting so many papers for the President, may be appointed Foreign Affairs Minister, while Fashola takes care of either the Federal Capital Territory or the Power Ministry.

But with speculations that Bart Nnaji, the former Power Minister, may be on board, Nnaji might be asked to man the Power Ministry for the second time, a position he held before he was yanked off the seat in very controversial circumstances some few years ago by former president Goodluck Jonathan.

No one is yet sure where Amaechi will be heading to. He is considered as having worked tirelessly for the emergence of Buhari as president in “cash and kind”. His problem with Nyesom Wike, the sitting governor of Rivers State notwithstanding, it is believed that Buhari is bent on compensating him for his steadfastness, loyalty and support during and after the election. There are expectations that since Buhari had satisfied himself by picking those to work with him, including Abba Kyari, his Chief of Staff and others, he would allow some of the people around him to nominate at least one or two people for ministerial posts.

As it is, no chieftain of the APC had any influence in picking ministers for Oyo, Ogun, Ekiti and Lagos, leaving Bola Ahmed Tinubu, the APC National Leader, to contend with Ondo and Osun states’ slots. For Ogun State’s slot, Ibikunle Amosun, the incumbent governor, was said to have stood his ground that he would not allow anybody to usurp the slot of Ogun State. That is why Kemi Adeosun, his former finance commissioner found her way into the list. In the case of Ondo State, while Tinubu is believed to be rooting for someone else, Fashola, Fayemi and others are said to be trying to push the candidacy of Rotimi Akereedolu, a former president of the Nigeria Bar Association and gubernatorial candidate of the APC in the 2012 gubernatorial election in Ondo State which the APC lost.

The Senate’s screening may be tough on the surface because of the senators’ recent utterances, but one thing is that those guys, I mean the senators, are survivalists. The recent travails of Bukola Saraki, the senate president, at the Code of Conduct Tribunal, is still very fresh in memory. Many of the Senators rallied round the Senate President simply to avoid a backlash of probe on members of the Assembly, who may have equally lied in their assets declaration. A number of the Senators are past office holders especially former governors who are believed to have corruption cases hanging on their necks. Majority of them ran down their states’ treasuries and would not want anything that will give them sleepless nights. They probably fought their ways into the senate, in the first instance, to seek sanctuary from harassment and so, they will do anything and everything to protect their interests.

Besides, there is also the usual tango between the Legislative arm of government and the Executive, with each holding on tightly to its territory. In fact, they have always behaved as rivals, a situation that was very pronounced under both former president Olusegun Obasanjo and his successor, Goodluck Jonathan.

Each time the National Assembly members felt the executive was encroaching on their affairs they usually resorted to subtle blackmail by dangling the impeachment axe against the Executive. When this happened, a truce was always reached and the situation ended in a sort of “give-and-take”. Money became a determinant factor. It happened during the Ghali Umar Na’ Aba’s episode in the lower legislature under Obasanjo and Aminu Tambuwal as Speaker under Jonathan.

At any rate, it is heartwarming that the president has removed the privilege of nominating ministers from the state governors because, in the past, most of the governors either succeeded in bringing their surrogates on board or they just brought in people who were incapable of making any significant contribution to governance. In the circumstance in which the nation has found itself, the president must take the right step to ensure accountability and good governance which is paramount to the progress of this country. This can only be guaranteed by putting the right people in the right positions.

To achieve this, the senators should do their job properly with sincerity of purpose, so as not to create unnecessary bottlenecks for the nominees in the guise of being thorough. Let’s get down to business!