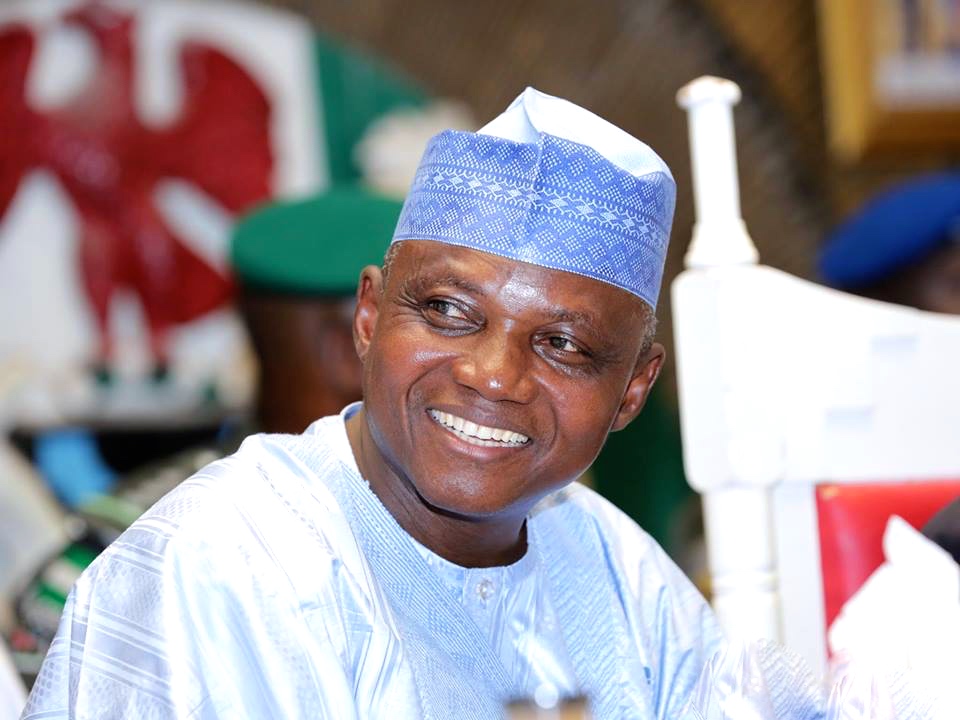 Senior Special Assistant to the President on Media and Publicity, Malam Garba Shehu has reacted to the recent comment of the Ekiti State Governor, Ayodele Fayose pertaining to September’s federal allocation of N389 billion, by warning him to stop making unsubstantiated allegations pertaining to the running of the economy by the federal government.

Shehu, who handed this warning while speaking with Leadership described Fayose’s comment as reckless and typical of his past unguarded outbursts.

This came as a reaction to the remarks Fayose made at the recent graduation ceremony of College of Education, Ikere-Ekiti, in which he asked President Muhammadu Buhari to address Nigerians on the state of the economy. Fayose had specifically accused the Buhari administration of paying out the lowest-ever federally distributed allocations among the three tiers of the government.

Responding on Monday, Garba Shehu described Fayose’s assertion as one that was characteristic of his past outbursts, saying “the governor didn’t get his facts correct.”

According to the presidential spokesman, records of such past allocations showed “that the lowest-ever allocation to the three tiers was issued by the PDP-led Goodluck Jonathan administration.”

While calling on the Ekiti Governor to be mindful of his utterances, Shehu said: “Governor Fayose needs to be advised to desist from spreading falsehood against the person and government of President Muahmmadu Buhari as has become characteristic of him. He needs to get his facts right before making accusations of the nature he makes.“The governor equally knows full well that his party in government ruined the economy to the extent that workers in 27 states went for several months without salary. This crisis situation has now been reversed in nearly all the states. Governor Fayose is himself in line for the collection of his state’s bailout.

“Under the PDP federal government, ministries were not given overhead costs for five months while the capital budget was unpaid for six months in the run-up to the exit of the PDP administration. Is there anyone in that party with a moral justification to criticise the Buhari administration which is working hard to clean up the mess they (PDP) left behind?”

Shehu, who used statistics in backing up his position, stated that the lowest monthly allocation in the last 12 months, amounting to N358 billion, was distributed in May this year under the PDP government, adding that the figure rose to N380 billion in June before it fell to N373 billion in October.

He continued: “Records obtained from the Ministry of Finance show that the decline in federally collected revenues shared by the three tiers didn’t just set in but had become clearly manifest under the PDP administration. In February, N480 billion was distributed. In March it was N459bn; April, N385bn; May, N357bn; June N389bn, and July, N526bn. In August, N499bn was paid out; September, N412bn and N374 in October.”

“As most Nigerians are aware, this decline in revenue has chiefly been caused by the drastic fall in oil prices, compounded by the free-wheeling crude oil theft which was allowed to thrive under the PDP administration in which Governor Fayose was a leading character.”

The presidential spokesman further noted that the low allocation under the present administration was a temporary phase that would soon go away, “as the various measures put in place by the government to block leakages in revenue generation come to fruition”.

On how the problem of declining allocation would be addressed, Shehu said: “Non-oil revenue is expected to rise substantially with the effective take-off of the Treasury Single Account (TSA). With this in place, government now has a framework for understanding the picture of accruable revenues in ministries, departments and agencies (MDAs). They will no longer tax and spend, but do so only in line with their budgets.

“Reforms and the close monitoring in the Federal Inland Revenue Service and the Customs are all expected to shoot up federally collected revenues and would, in a short period from now, start to move the country from over-reliance on oil as promised by the president.”

Stressing that President Buhari did not need the unnecessary heckling by Governor Fayose to achieve all these, Shehu added that, “Neither is the country helped in any way by leaders peddling falsehood.”